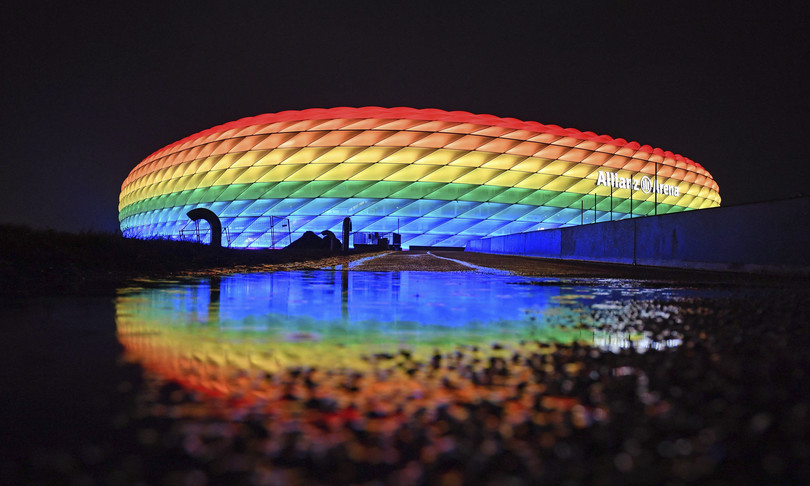 AGI – Uefa’s decision to block the plans of the Munich authorities to enlighten has sparked criticism and controversy with rainbow lights the stadium during the Germany-Hungary match, in solidarity with the LGBTIQ community against the government of Budapest.

UEFA defended itself, claiming its “politically and religiously neutral nature: given the political context of the request – a message against a decision taken by the Hungarian Parliament – UEFA must refuse”, he explained, referring to ‘ bone of contention ‘, the law approved last week by the Hungarian government aimed at suppressing the promotion of homosexuality to minors.

Words that did not stop the mayor of the German city, Dieter Reiter who, condemning the “shameful” position of UEFA, announced an alternative plan that includes rainbow flags in the town hall and colored lights on various buildings and places, including a ‘ huge wind turbine located near the stadium. “I find it shameful that Uefa forbids us to send a sign of cosmopolitanism, tolerance, respect and solidarity with the LGBTIQ community“commented the mayor of Munich.

And if the Allianz Arena is not illuminated by the rainbow, others will light up with those colors: via Twitter, Cologne, the sports club based in the German city of the same name, has reported that the pylons of the RheinEnergieSTADION will light up with colors of the rainbow in conjunction with tomorrow’s match. He indicated that the Berlin Olympiastadion, the Olympic stadium of the capital, will do the same: “For us it is obvious to oppose discrimination”, reads a ‘twitter’ of the official account of the stadium.

on your part, the Hungarian government rejoiced at UEFA’s decision, calling it “good”. “Thank God, the leaders of European football have shown common sense by not participating in what would have been a political provocation against Hungary,” said Foreign Minister Peter Szijjarto.

Quite different is the position expressed by the French Undersecretary for European Affairs, Clement Beaune, who complained: “It is a shame, it would have been a very strong symbol” in support of the LGBT community; it is “beyond the political message, a message of rooted values, not a partisan option”.

“We believe in a Europe that welcomes diversity, not hides it”, echoed the vice president of the European Commission, Vera Jourova, underlining that “the rainbow is not offensive; more his problem than that of those who want to expose it “. And on the controversy 12 European countries also made themselves heard, signatories of a joint declaration in which they expressed “deep concern for the adoption by the Hungarian Parliament of amendments that discriminate against LGBTIQ people and violate the right to freedom of expression on the pretext of protecting children “.

In the letter signed by the governments of Belgium, Denmark, Estonia, Finland, France, Germany, Ireland, Lithuania, Luxembourg, the Netherlands, Spain and Sweden – to which Latvia could soon be added – the choice of Budapest, which “represents a flagrant form of discrimination based on sexual orientation, identity and gender expression and therefore deserves to be condemned “.

To close, the exhortation to the European Commission to “use all available tools to ensure full compliance with EU law, including by referring the matter to the Court of Justice”.