Eric Abidal fall: From an icon on Barca to a serious assault case 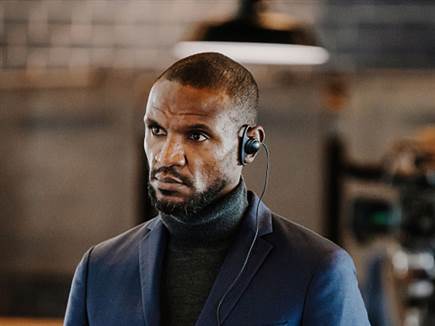 Eric Abidal thrilled the world of sports when he returned within a few months from liver cancer to the Champions League final and became a symbol of Barcelona. He is now at the center of an investigation into an assault and admitted to cheating on his wife. Everything we know so far about the affair

“Either you die as a hero, or you live long enough to become a villain.” This immortal sentence of Harvey Dent, the character of Two-Face from “The Dark Knight,” has become a sort of cliché of pop culture since that great film came out in 2008. Eric Abidal, Barcelona’s legendary former player, managed to live this sentence almost completely: he almost died as a hero, when he was diagnosed with advanced stage cancer while a Barcelona player in 2011, defeated the disease and even lifted the trophy Barça won that year, at the end A final in which he completed ninety minutes.

Barcelona winning that game at Wembley, over the head of Manchester United, was a heroic moment. Abidal was diagnosed with liver cancer two months before the final, underwent surgery to remove the tumor and completed 90 minutes in a wonderful game. A decade later, he is healthy but suspected of involvement in a violent attack by Kira Hamrawi, a French national team player with whom he had an affair while married. So what went wrong along the way?

Rise: Part of the largest group in history
Abidal became a significant player in the French league at a young age, in Monaco and later in Lyon. At a young age he was praised for his tough and defensive style of play as a versatile player who could play both as a stopper and as a left-back and as one of the greatest fighters on the football field.

This ability led Abidal, who did not score a single league goal during his career, to Barcelona. The Catalans bought him for 9 million euros, a sum that seems like a joke in today’s world, and he immediately screwed up the lineup of Frank Rijkaard and later of Pep Guardiola.

He started in 25 league games for Barcelona in 2009, one of the biggest teams in the history of the football industry. Although he was suspended from the Champions League final, he was a very important part of that team thanks to the fighting in defense, and the ability to propel the ball on offense.

Pep himself has defined Abidal as a creative and intelligent player, who can play in several different positions and roles on the pitch. He was significant as part of the ball movement of that offensive machine, and no less so as the last resort on defense alongside Carlos Puyol and Gerard Pique.

The composure that characterized his entire career before a fateful test in 2011. Five years after scoring a Penalty in the World Cup final (2006), he faced the only thing bigger than football: Abidal was diagnosed with a cancerous growth in his liver. He underwent surgery to remove it two days later and miraculously managed to return to the Champions League final, less than two months later, to complete a great game, swing the trophy in front of 85,000 fans and excite an entire continent.

A year later he appears to be facing retirement from professional football, after being told he needed a liver transplant. Danny Alves, one of the big hearts in Barcelona, ​​offered to donate his own part but Avidel refused, fearing harm to Alves’ career. Eventually his cousin agreed to donate part of his liver, an organ that can heal and renew itself so donating part of it is enough for a transplant.

After eight months and to the astonishment of many, Avidel returned to the Barcelona squad. He was a player and a man who wanted to leave everything on the field, which made him loved by many under the auspices of one of the most exciting stories that have been in recent years of a player who has won cancer and Europe. In the following years he played for Monaco and Olympiacos, before retiring from football at the age of 35, after saying that “every professional knows when and how he should retire”.

The drop: “The athletic director must take responsibility”
Abidal was an aggressive player. Although he was a great fighter who was not willing to give up the field, he was also the one who missed the Champions League and King’s Cup final in 2008/09 due to suspensions and the accumulation of yellow cards. Despite this, the connection between him and the football team that for years claims to be “more than a club” was very strong.

Barcelona made Abidal the ambassador of Barcelona in 2017. Less than a year later he became the sporting director of a club that, while winning the Spanish championship, was humiliated in the Champions League after losing a 1-4 advantage over Roma.

Abidal has become, whether through his own fault or the fault of the infamous Joseph Bartomeu, one of those identified with Barcelona’s failure in recent years. He was the professional manager who signed Filipa Coutinho, Osman Dembele and Clement Angela, among others.

As a professional manager Abidal also got involved with Leo Messi, a member of that big team of 2009-2013. After the Frenchman criticized the Barcelona players’ effort following the dismissal of Ernest Valverda, Messi sharply criticized him: “The sports management should take responsibility for its decisions. If we are talking about players it is not worth talking about specific names.”

Abidal finally finished his role on a night that Barcelona fans will never forget, the 8: 2 loss to Bayern Munich. Filipe Coutinho, one of Abidal’s controversial acquisitions, scored a double in that game, but to the credit of Bayern. He was fired that evening.

Abidal is neither the first nor the last to be a great player and coach, or general manager, bad. This list is long and Barcelona has seen other legends join it, like Ronald Koeman being appointed coach and sacked over the last season. He has lost a lot of credit among fans and one of the culprits in Barcelona’s failure in recent years, but is still considered a true symbol of the club and a popular figure, even if not professionally appreciated. Then came the real crash.

Crash: Suspected involvement in assault
On November 4, a little over three weeks ago, Keira Hamrawi of the French national team was attacked by two masked men. They hit her after forcibly removing her from her car and hitting her legs. The French police investigation eventually led to none other than Eric Abidal, who would be questioned by police days later.

Police found that the SIM on Hamrawi’s phone was registered in Abidal’s name. After Hamrawi entered the hospital, she called the former defender and asked him if his wife, Hayat Abidal, could have been involved in the attack. Abidal replied in the negative, but having the conversation led to the French police deciding to interrogate him.

A few days later, Abidal admitted betraying his wife with Hamrawi. Abidal’s animal is also expected to testify in the case, but it is unclear whether she was involved in the attempted attack. Hayat was also the suspect by Hamrawi herself, after the police realized that there was no professional background to the affair. At the same time, Hayat filed for divorce from Arik.

Abidal’s own reference to a particularly bizarre affair. He addressed his wife on his public Instagram account: “Forgive me. No matter what you decide, you will be the wife of my life and the mother of our wonderful children. I deserve this humiliation even if she kills me. I pray that one day you will forgive me.”

This strange affair leaves mostly question marks. Who is the main suspect in the attack? Is Abidal about to go to jail? Police plan to file an indictment against him? It is not clear what Abidal knew and whether it was at a point where he could have prevented the brutal attack.

It is therefore too early to try to understand the extent of his involvement in what happened, but his image will probably not return to what it was. The big fighter on the field who was unwilling to give up on anyone is now perceived as a dubious man, to say the least, and one who has admitted to cheating on his wife and financing the phone for a woman with whom he slept out of wedlock, and may be remembered as a huge actor going to jail.

only time will tell. The debate over the gap between what players do off the field and what they do about it has taken up volume and caused a stir from time to time, both in our counties and in the case of this complex story. Eric Abidal was a great football player with a strong mind, who managed to come back from cancer to play in the Champions League final. At the same time, Eric Abidal is a man who may be perceived as immoral and at the center of a shocking affair. The American poet Walt Whitman once wrote that it is composed of contrasts. Abidal, it seems, is taking it to the extreme.