With Messi in the team, PSG visits City in search of the round of 16 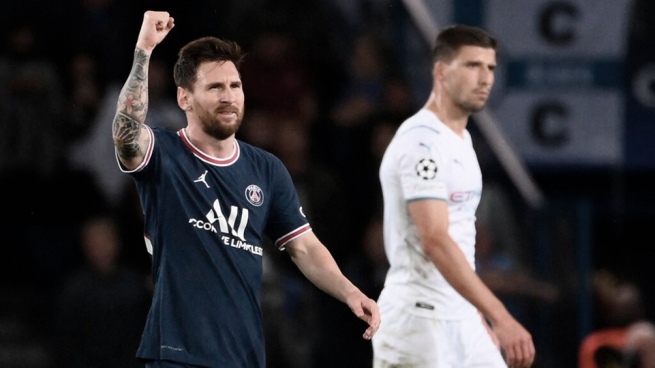 Paris Saint Germain, with the presence of Lionel Messi, will visit Manchester City on Wednesday in a match on the fifth date that will be able to define their classification to the round of 16 of the European Champions League.

The match valid for Group A will be played from 5 pm at the Etihad Stadium in Manchester and will be televised by ESPN.

At the same time, other outstanding Champions League matches will be played, such as Atlético de Madrid against Milan and Real Madrid’s historic visit to Tiraspol, the capital of Transnistria, to face Sheriff.

The day will start at 2:45 pm with the presentation of Inter, with Lautaro Martínez and Joaquín Correa, who will advance to the next phase if they beat Shakhtar, from Ukraine in Milan, although it also depends on a Sheriff defeat.

Group A is led by Manchester City, which will ensure qualification even with a draw against its guard, Paris Saint Germain.

Mauricio Pochettino’s team, with Messi and the possible debut of Spanish defender Sergio Ramos, will pass directly if they triumph in England but could also qualify with a setback from Bruges against Leipzig in Belgium.

Messi managed to score his first goal in French League 1 in the 3-1 victory over Nantes in Paris and will seek his fourth cry in the Champions League.

In the first round, PSG beat Josep Guardiola’s team 2-0 at the Parque de los Príncipes with goals from the Argentine star and Gana Gueye.

Atlético de Madrid, the team led by Diego Simeone, will play a decisive match against Milan at the Wanda Metropolitano, for Group B.

With Rodrigo De Paul and Ángel Correa, the “colchonero” is obliged to get the three points to reach the last date without depending on another result.

The first place has already been won by Liverpool, who will be able to help the Spanish team if they beat Porto, from Argentine goalkeeper Agustín Marchesín, at home.

The complete program of the matches of the day is as follows:

One thought on “With Messi in the team, PSG visits City in search of the round of 16”