Spain says goodbye to the World Cup with Australia’s comeback 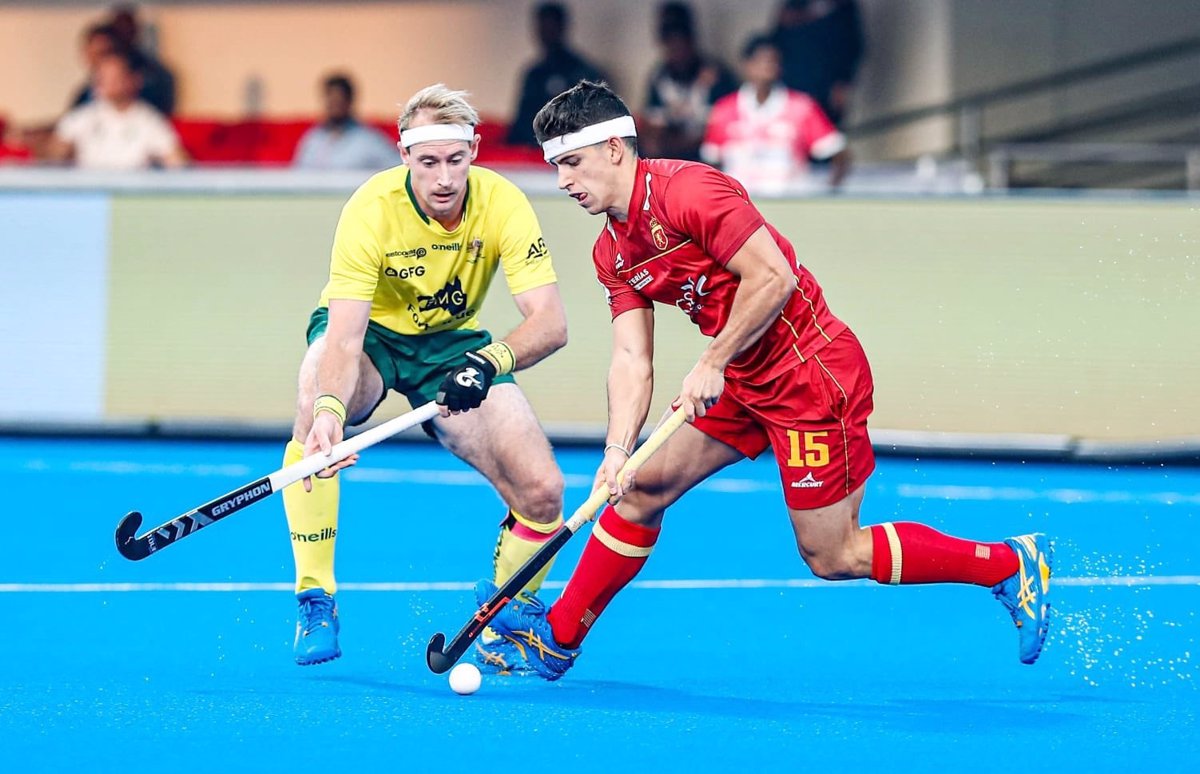 The Spanish men’s field hockey team lost this Tuesday in Bhubaneswar (India) the World Cup quarterfinal duel against Australia (4-3), in a clash against the best in the world in which the ‘RedSticks’ missed a 0 -2 in favor and, in the last quarter, they missed a penalty that could equalize the contest.

It was difficult to play the pass to the semifinals against the number 1 team in the FIH (International Hockey Federation) ranking, and even so Spain had Australia on the ropes and brushed, in several sections, the ticket to the next round.

After eliminating Malaysia in the ‘crossover’ of the round of 16 in the ‘shoot-outs’, Spain was close to getting into another fateful final round against the ‘aussies’ but the 4-4 did not come, with a ‘penalty -stroke’ missed by Marc Miralles with about 4 minutes remaining in the game.

The ‘RedSticks’ started the game very well, very confident in defense and with Adrián Rafi who stopped up to three ‘penalty-corner’ shots at the Australians. In addition, in the 19th minute of the game, Xavier Gispert took advantage of his first great opportunity to open the goal, with a long shot from a cross.

Three minutes later, Australia sent their fourth penalty-corner into the clouds and, immediately afterwards, Spain opened the gap thanks to Marc Recasens’ 0-2, on the counter. Pepe Cunill made a great counterattack and sent a cross into the area that reached Recasens, who controlled it very well and scored with a powerful shot.

Both teams met up to three times in July of last year, with victory for Spain in the first match (3-2) but ‘aussies’ victories in the second and third (3-4 and 1-5). It seemed that Spain could win in the first official clash, in the best showcase in the world, but it was not like that.

There were 55 seconds left before the break when Spain incomprehensibly failed to make it 0-3, in a pass from Joaquín Menini’s death that Borja Lacalle did not manage to finish off on an empty goal, completely alone. And, from a possible 0-3 it went to 1-2, with 5 seconds to go, in a play with a rebound that Flynn Ogilvie took advantage of.

Undoubtedly, a last minute of the first half that did a lot of damage to Max Caldas’ men, who conceded more blows at the restart, completely accurate. In 3 minutes Spain went from almost scoring to seeing themselves down on the scoreboard, with two consecutive goals from Australia.

At 31′, Aran Zalewski scored in an action that was very poorly defended by Spain, which allowed Australia to seize the bottom line and finish off their rival at will, who saw the hole, got clear to receive alone and score free brand to even out the shock.

The following day consummated the defeat and the comeback of Australia. This time, a penalty-corner, the fourth, with a shot by Jeremy Hayward, who would repeat minutes later with another penalty-corner that he took advantage of with a powerful, focused and unstoppable shot for Rafi.

With the score at 4-2, the Spaniards were unable to take advantage of their penalty-corner but, on 40′, they managed to reduce the deficit thanks to Marc Miralles, who put the ball between the legs of the ‘aussie’ goalkeeper in a penalty-corner.

Spain returned the coin to Australia, which went from a possible 5-2 to 4-3. Spain gained confidence and saw the possible ‘shoot-outs’ at one goal. And even more so when, with 4:14 remaining in the game, Miralles had a penalty-stroke that Andrew Charter took from him with his left glove.

There Spain unwittingly lowered its arms. Australia defended well, luck was not on Caldas’ side and the ‘RedSticks’ said goodbye to the field hockey World Cup. Of course, fighting until the end against the number 1 in the world with a young team that was close to fighting for the ‘semis’.