Spanish football looks over the precipice in the Champions League 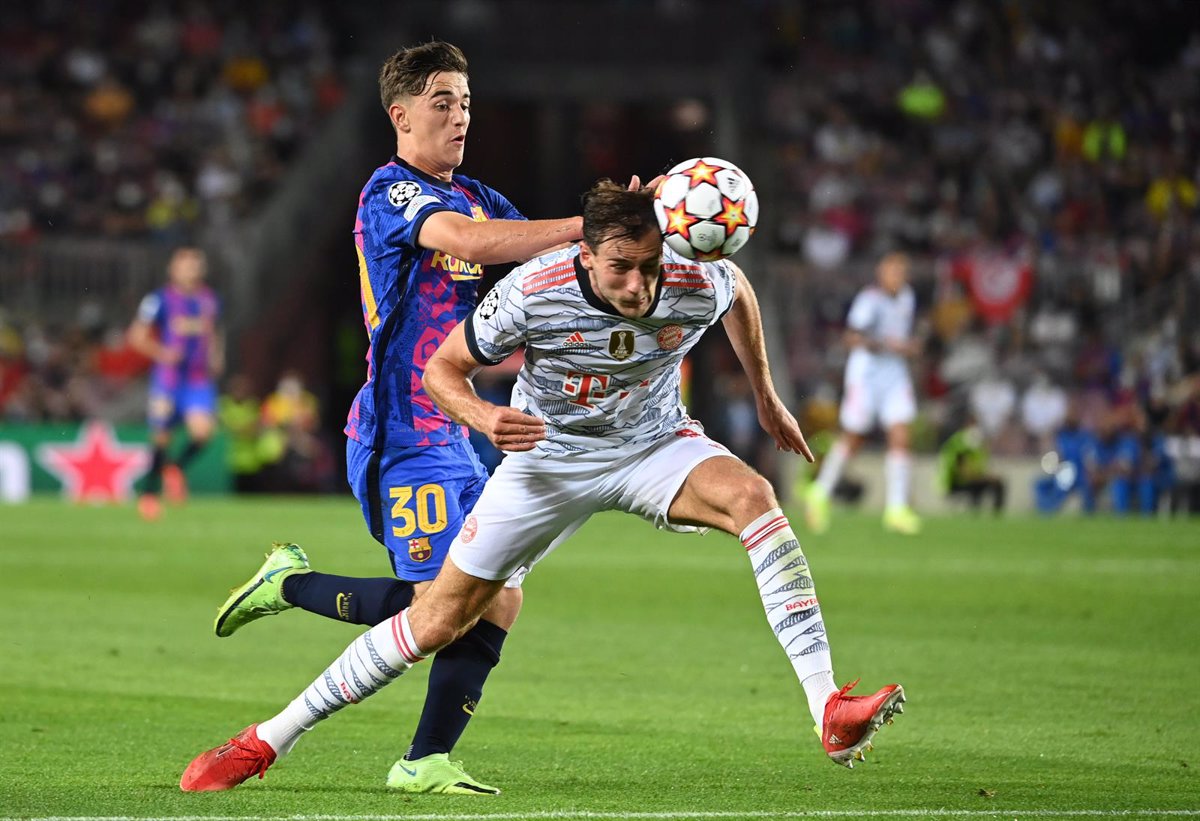 In the absence of a day to close the group stage of the Champions League, only one Spanish team, Real Madrid, has guaranteed their qualification to the round of 16 of the competition. Only one of the five that are contesting this round because FC Barcelona, ​​Atlético de Madrid, Sevilla and Villarreal will have to play it all with a single card on the last date.

The four are on the edge of the precipice, the four will have to look for that ticket away from the heat of their hobbies, but all, except the current champion of LaLiga Santander, depend on themselves to sign the plenary session of a Spanish football that seems to be losing prominence in the Old Continent. In addition, only two would have already insured whatever happens to play the Europa League.

The most complicated company is Barça, who after drawing 0-0 at home against Benfica have gotten into trouble. With the arrival of Xavi Hernández, the fans expected a change in attitude, and there has been. More fluid game, higher pressure, more commitment, but it seems that that was not enough to relieve him with the pass to the second round.

And is that with that draw at the Camp Nou, Barça must beat Bayern at the Allianz Arena so as not to depend on the Lisbon team. Julian Nagelsmann’s team is already classified as first, but despite that, winning in Munich is a frankly difficult task. If not, the Catalan team should expect a ‘puncture’ from the Portuguese in Da Luz against the eliminated Dinamo Kiev.

In addition, the last confrontations between Barcelona and Bayern are not at all positive for the Catalans. On day 1 of the group stage, the Germans won by a resounding 0-3 in the Blaugrana fiefdom, and the 2-8 against in the quarterfinals of the Champions League in 2020 is not so far away, so there is almost nothing to hold on to.

Even so, the Xavi effect and having more success in front of goal are two of the aspects that make Barça fans trust, knowing that it would be a blow not to continue in the highest continental competition and go on to play the Europa League. A slowdown in the economic and also in the emotional for a wounded team and without ideas, which would only be left with LaligaSantander (10 points behind the leader) and the Copa del Rey.

For their part, Atlético de Madrid have not been comfortable at any time in this group stage. It is housed in Group B, one of the most complex, with the powerful Liverpool (already classified) and the competitive Porto and Milan.

But the Spanish champion has once again been excessively irregular and has only been able to add four of the first 15 points, only one in the Wanda Metropolitano, the first against the ‘Dragons’. Having beaten the ‘Rossoneri’ this Wednesday would have left him in a comfortable position, but the defeat even leads him to the possibility of being left without the bitter consolation of the Europa League as happened in the 2016-2017 campaign.

Those of the ‘Cholo’ Simeone do not even depend on themselves to advance to the round. Atlético will be in the round of 16 if they win, as long as Milan does not win against Liverpool at the San Siro. If both do it, the difference of goals will decide, in favor of his rival by a little. The most ‘positive’ thing for the colchoneros is that Porto cannot speculate too much either.

BERGAMO AND SALZBURG WILL DECIDE THE FUTURE OF VILLARREAL AND SEVILLA

Like FC Barcelona, ​​Villarreal and Sevilla do depend on themselves to continue with the European dream. Unai Emery’s men lost at home to Manchester United on matchday five, but the Young Boys’ draw against Atalanta minimized the damage and left them one point ahead of the Italian side.

The ‘Submarine’ will have to pay a visit on the last day to Gian Piero Gasperini’s men, knowing that the tie is worth them to be in the second round as second in the group, the maximum to which the Europa League champion can aspire, that he would be forced to defend his throne if he loses.

Instead, for Sevilla, the only qualifying option is to beat RB Salzburg. Julen Lopetegui’s men saved their first final by winning at the Sánchez-Pizjuán at Wolfsburgo and their group is so tight that they can have all possible destinations.

Thus, if the Sevilla team wins in Austria and Lille loses in Germany, it would be first in the group and second if the Ligue 1 champion adds. If he does not do it, but the ‘Wolves’ either, he would go to the Europa League, but if the German team gets the three points, he would say goodbye to his European season.