River prepares to celebrate the title of champion against Racing 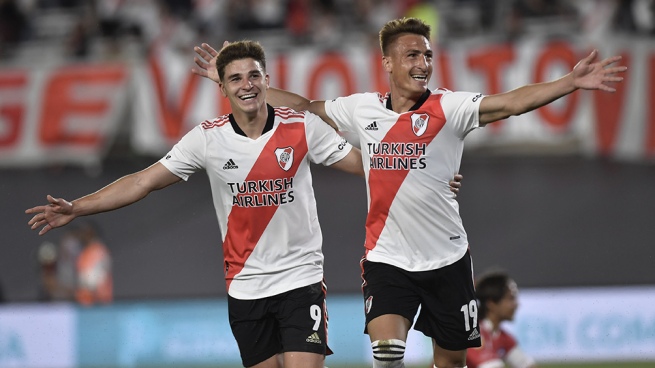 River Plate will be able to celebrate its 37th this Thursday. Argentine soccer champion title with only drawing at home against Racing Club, in the most relevant game of the four to be played at the culmination of the 22nd date of the Professional League (LPF).

The classic It will be played at the Monumental stadium, from 9:30 p.m., with the arbitration of Silvio Trucco and televised on Fox Sports Premium.

The stadium will be complete in its capacity since the River Plate fans quickly exhausted one hundred percent of the capacity.

River is the leader with 49 units and Talleres de Córdoba, which was thrashed in La Plata by Gymnastics, remained at 40, therefore with only equalizing it will move away from 10 of the Cordovan with nine remaining to be played and will be champion.

Thus, the successful “millionaire” coach, Marcelo Gallardo, will be able to achieve his first first division title in the domestic tournament since until now he had won five national cups, three Argentine Cups and two Argentine Super Cups, which are added to the seven international titles. , adding 12 in total.

⚡️ At home and leaving everything ⚡️ pic.twitter.com/04FbqhMFtX