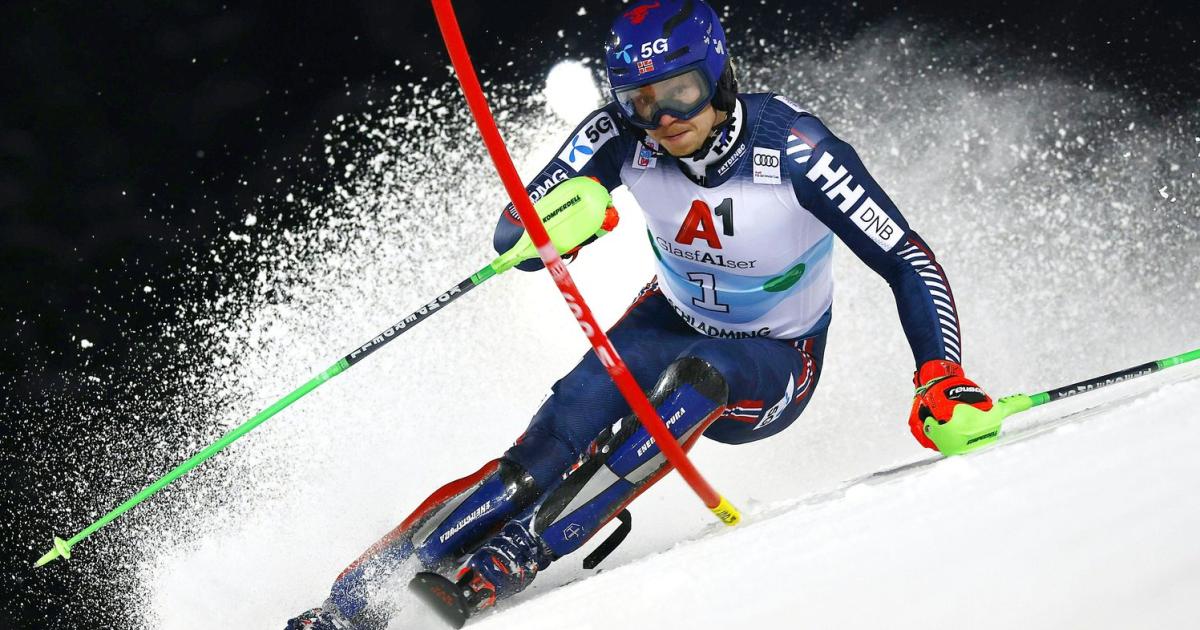 The Norwegian is aiming for his fifth night race win, which would be a record. The Tyrolean is 21 hundredths of a second behind.

Henrik Kristoffersen is aiming for his fifth victory at the 26th Nightrace in Schladming – and with that he would leave record holder Benjamin Raich behind. With the unloved start number 1, Kristoffersen opened the slalom under floodlights on Tuesday evening, and after the comparatively disastrous first run on Kitzbühel ice last Sunday (14th time), the defending champion in the discipline World Cup hoped that the lessons learned on the relatively “softer ice” (Kristoffersen) at the foot of the Planai would bring better results.

The calculation should work out at temperatures around freezing point: Kristoffersen was stopped after 54.19 seconds, which was logically the best time at first. “The set-up worked great,” said the Norwegian, “when we visited, we tried four different pairs of skis.”

Manuel Feller is back

And it stayed that way: Manuel Feller, who was the half-time leader in the final in Kitzbühel and who was third in front of empty ranks in Schladming last year after just surviving a corona infection, was unimpressed: 21 hundredths of a second behind means the second intermediate place for the Tyrolean.

“Now in the last few races I’ve always cursed about the start numbers, the two was definitely not a disadvantage. But it was also a good run,” said Fieberbrunner, who is the ÖSV’s best technician this winter.

In third place is the Swiss Loïc Meillard (+0.30), the German winner of the previous year Linus Straßer, on the other hand, already threaded the second goal and has to watch the competition. The trio in the first three places have a credit on the pursuers, fourth-placed Norwegian Lucas Braathen is already 0.57 seconds behind.

Johannes Strolz finally made it to the finish again, and with a deficit of 1.31 seconds, the long-suffering Vorarlberger (five failures in the first six competitions of the season) now secured ninth place. And with start number 18, because of his series of bankruptcies, the Olympic champion fell out of the top 15 in the combination: “I think it was a really good ride,” said Strolz. “But the humidity makes it different from runner to runner bit harder.”

For Marco Schwarz, on the other hand, the events of last Sunday still had an effect. In Kitzbühel, the Carinthian had missed the qualification for the second run, now he made it. 1.50 seconds back in twelfth place. “I think I have to attack a bit more. It’s a very turning course, maybe I was a bit intimidated by it.” His compatriot Adrian Pertl was 2.32 seconds behind (18th place), the Tyrolean Fabio Gstrein 2.24 (16th place). Simon Rueland, on the other hand lost 4.15 seconds and missed the second run in 33rd place, as did Michael Matt (35th/4.25), Dominik Raschner slipped off the course on the fourth gate.

The second run starts at 8:45 p.m. ORF1 and the television of Bavarian Radio transmitted from 8.15 p.m.