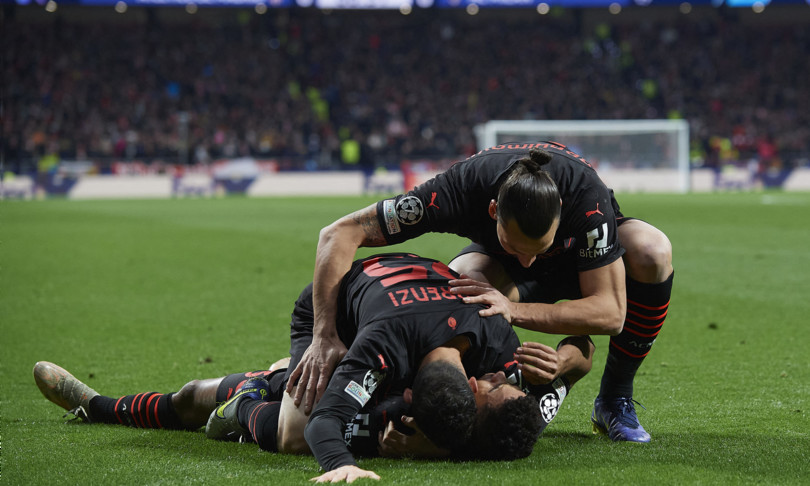 Milan accomplished the feat at the Wanda Metropolitano and continue to hope for the incredible miracle of qualifying for the knockout stages of the Champions League. Beat Atletico Madrid 1-0 thanks to the seal in the final by Messias. Pioli’s team thus obtained their first European success, climbing to 4 points on par with the colchoneros, also shortening the second place of Porto beaten by Liverpool (2-0).

All open therefore in view of the last match of the group, in which Milan will face off against Klopp’s battleship. The first half is played at a good pace by both teams, but without great emotions.

After three minutes comes the first thrill for the Rossoneri, with De Paul calling Tatarusanu to the miracle. Possible goal that would have been canceled due to Carrasco’s offside. For the rest, few occasions and a lot of struggle in the middle of the field.

The only real danger from AC Milan is Theo Hernandez with a powerful but imprecise left-hander from a tight angle. In the second half the script does not change much and the race remains very closed, without giving particular ideas.

Right in the 72nd minute the first real goal ball for Pioli’s men arrives, built by all new players: Messias breaks through on the left on Ibrahimovic’s service, then serves Bakayoko in the center who is providentially walled up by Savic.

The 0-0 seems written and Milan doomed, but at 87 ‘comes the incredible match point signed by Messias, who fits perfectly on Kessie’s cross by beating Oblak with his head. Atletico fail the equalizer in full recovery: a sensational missed opportunity by Cuna, who in the 91st minute wastes everything a stone’s throw from Tatarusanu, leaving the Rossoneri hopes open and alive.

One thought on “Milan beats Atletico and now head to Liverpool”