Modrić showed his middle finger to his teammate 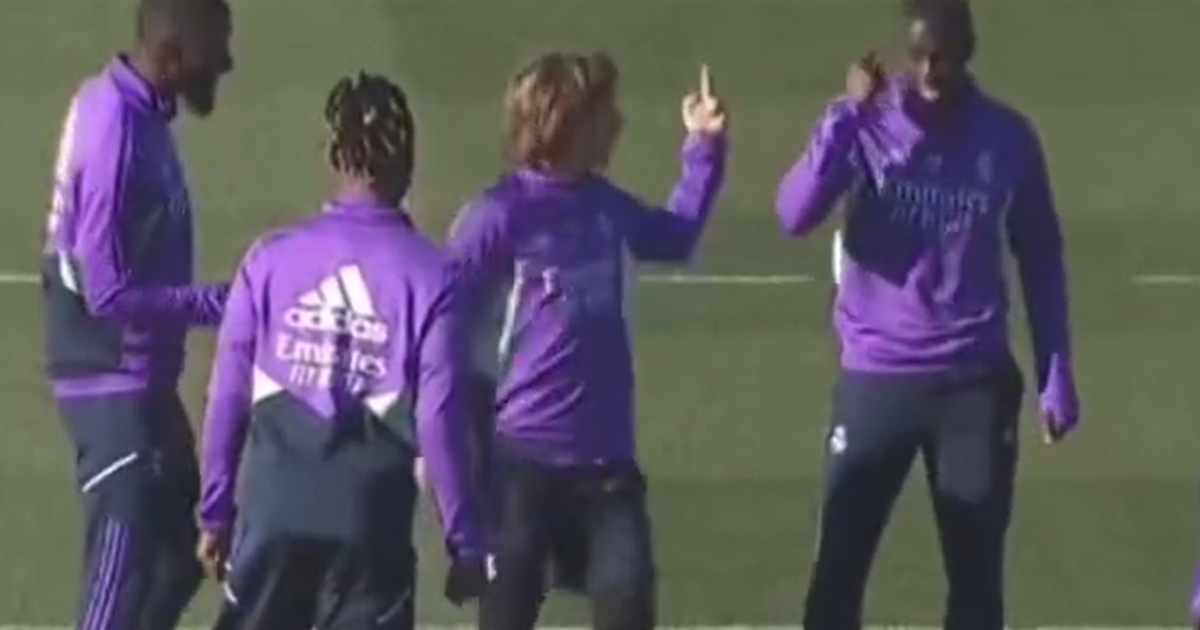 The quarterfinals of the Spanish Cup on Thursday bring us a real football treat. Real will host the city rival Atletico Madrid on their field. On Wednesday, the royal club did the last training ahead of the city derby and the important match that brings the semi-finals of the Cup, and the center of attention was Luka Modric.

Real’s players were warming up for training by playing ‘lark’, Modrić intercepted the ball to teammate Ferlando Mendy. The Frenchman showed him something, and Luka reciprocated by showing him the middle finger. Everyone was watched from the side by Rudiger, Vinicius and Rodrygo who couldn’t stop laughing. The background of Luka’s sudden reaction is not known.

Real does not excel in the rest of the season, and many see the reason for this in the unprepared Croatian maestro. Luka came tired and exhausted after the World Championship in Katra. As much as he wants to play all the games and help the team, his body is getting more worn out and tired at the age of 37. He is struggling with his form, he has not played the full 90 minutes of a single game. He was not even on the bench against Villarreal in the Cup, while in the last match against Bilbao he only got 18 minutes.

At the last conference, journalists asked Carlo Ancelotti about Luka’s status, but also about Toni Kroos.

– They are contributing to this season and were an advantage. It will continue to be. They will understand if they are traded, they are professionals and they understand the quality this team has. I don’t have to explain my decisions. We talked about this at the beginning of the season. The team is in a transition period and everyone must understand that. I demand understanding from veterans and patience from young players. That theory leads us to success – answered the Italian coach in a diplomatic style.

Modrić is needed by Real and it can be seen in the last matches. They lack a conductor and maestro in the middle of the pitch. When he’s there, it’s easier for everyone to play. We have no doubt that Luka will get back in shape as soon as possible.