Fernando Hierro: “We are going to suffer in the last day of the Champions League” 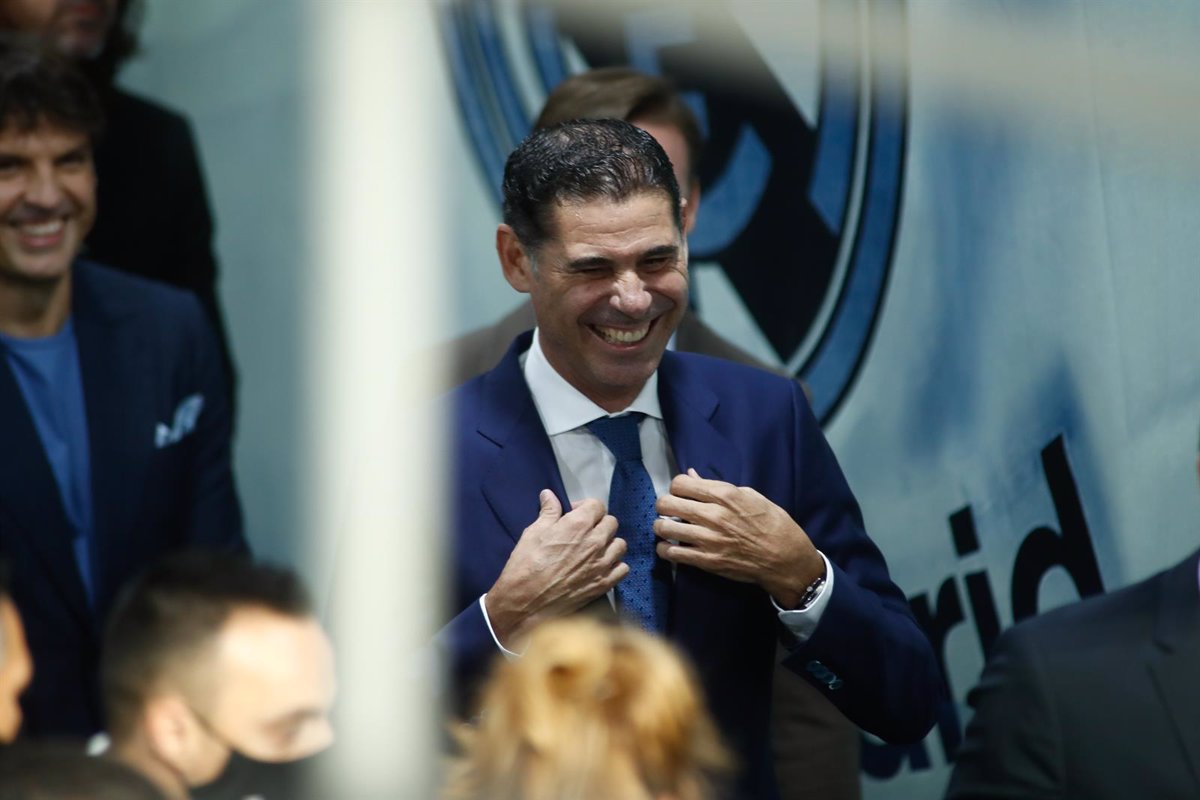 Former Real Madrid player and LaLiga ambassador Fernando Hierro pointed out that the last day of the Champions League will be “complicated” for FC Barcelona, ​​Atlético de Madrid, Sevilla and Villarreal, teams that in other editions “would already be classified” , and insisted that, for football, the representativeness of Spain in the competition is “very important.”

“Real Madrid is also going to play first in the group. The last day is going to be complicated and difficult for teams that in other editions would already be classified mathematically, we are going to suffer. Hopefully all the Spanish teams will pass because for football, the representativeness of the Spanish teams is very important, “said Fernando Hierro after an exhibition match between football and tennis legends organized by LaLiga, within the framework of the Davis Cup.

The man from Malaga assured that he loves the Champions League and “is very well structured.” “It is a very short competition, there are six games and a mistake penalizes you a lot, but Real Madrid has risen after the poor result against the Sheriff. We know that it is a very special and very interesting competition, every year it surprises us with something. It seems to me a spectacular competition, “he added.

However, he regretted the bad moment of Spanish football, arguing the economic issue as the main reason for the downturn of Spanish teams. “The economic potential of the Premier League … We are very alarmist, everyone has the right to have a bad year,” he said.

“Spain has won the Champions League and the Europa League, the national team has won a lot … This is football and it is like that. Premier teams are very powerful and with their economic situation they can face high-level signings,” he acknowledged.

In addition, he celebrated the great moment that Vinicius Jr lives at Real Madrid, a “happy” and “different” player. “I particularly love it, it brings joy to football. It is now having a lot of success in the face of the goal and that adds a lot. It has enormous potential and beautiful football, to take risks, and it is at an extraordinary level. Its evolution has been stratospheric The difference is that he scores more goals, that has made him take an important step forward, “he said.

Finally, he valued the growth of the young tennis player Carlos Alcaraz, one of the figures of the Spanish Davis Cup team. “We are going to let him enjoy himself. He transmits the passion for tennis, he is talented beyond his power and everyone is excited. You have to let him grow, he has to mature by himself and make mistakes,” he concluded.