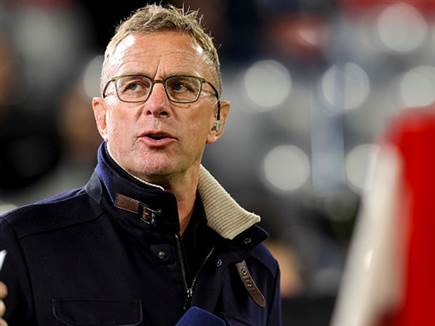 In England expect: “His important work will come at the end of the season”

A day after reports of Ralph Rangnick’s expected arrival as Manchester United interim manager until the end of the season, England continue to engage in this week’s big story. “Rangnick will bring United a new identity,” Ben-Littleton of the Guardian wrote.

In the article, Littleton argues that Rangnick who was a kind of mentor to Jurgen Klopp and Thomas Tuchel is a worthy appointment for Ola Gunnar Solskjaer and not necessarily as interim manager. “He has a clear idea of ​​how to play and what he demands from the team. For the first time in several years, United will finally be able to say the same about themselves.”

The article mentioned Rangnik’s great work as a Hoffenheim coach, which he took from the third division to the winter championships in Germany 12 years ago. He then worked as a professional manager at Leipzig and actually built the current team based on young players and a tremendous scouting lineup and became an integral part of the German top brass. “Ralph’s game philosophy includes aggressive, direct pressure, numerical superiority in key field illustrations and more sprints to get the ball back,” the Guardian wrote.

“Rangnik knows it will take time to change the shape of the club. He understands that United have experienced a different and hesitant model of football team. So he also insisted on a post-appointment agreement becoming a two-year adviser to prevent the club from making the same mistakes. His important work will probably come when this season is over.”