Oliver Kahn: “We will be disappointed if Lewandowski does not win the Golden Ball” 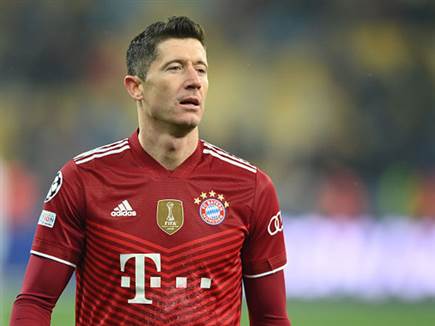 After the surprise loss to Augsburg, Bayern Munich will try to get back on the winning track when they host Arminia Bielefeld tomorrow (Saturday) in the 13th round of the Bundesliga. The Bavarians hold a one-point advantage at the top over Dortmund and come into the game after the 1-2 win over Dynamo Kiev in the Champions League.

The German champions will be missing in the game Joshua Kimich and Eric Maxim Schopo Muting who were found positive for Corona and went into isolation. In contrast, Nicklas Zola has recovered from the virus and is set to be on Julian Naglesman’s squad.

Robert Lewandowski, World Player of the Year, will attend the Golden Ball ceremony next Monday and hope to win the title for the first time. He will be accompanied by his coach Naglesman and professional manager Hassan Salihmidzic. Munich hopes that the player who scored 64 goals in 2021 will rake in the award, with Leo Messi and Kerim Benzema considered the other candidates for the prestigious award in the world of football.

“Robert scored 41 goals in just 29 league games last season and set a record (which belonged to Gerd Müller) that will never be broken, perhaps only by him,” said Bayern general manager Oliver Kahn. The gold. There is no player who deserves more.”

One thought on “Oliver Kahn: “We will be disappointed if Lewandowski does not win the Golden Ball””