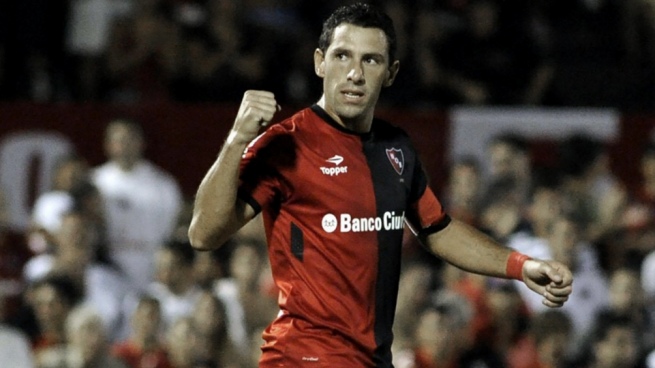 Newell’s Old Boys midfielder Maximiliano Rodríguez announced the end of his professional career, which led him to different clubs and even the Argentine national team, through an exciting video broadcast from his social networks.

“I have something to tell you,” Maxi wrote on his social media accounts, and with a voice cracking with emotion, he explained his decision to retire and reviewed his long career with images.

“The moment I never thought would come, or the one that soccer players want never to come: that of retiring from soccer has arrived. It is a difficult decision but I am calm.”, said.

“They were many years of career and I gave myself to the maximum. I emptied myself completely and I no longer have anything else to give,” he added.

Maxi also said: “Many things come to mind, from those first steps in the ‘baby’ that my grandfather took me to the effort of my old woman to accompany me to play.”

“I fulfilled the dream of playing in the First Newell’s and then I had the support of my wife to go to Europe, always giving me her support so that I would never lower my arms,” ​​he recalled.

The now ex-player aHe thanked all the clubs he went through (Espanyol de Barcelona, ​​Atlético de Madrid, Liverpool, Newell’s and Peñarol de Montevideo); “to all the coaches” he had and was especially moved when he remembered his time in the national team.

“It’s a shirt that I love madly and I was proud that my daughters saw me wear it,” he said.

Finally, expressed his wish to be remembered as “a great companion and a great person”; and explained that he chose to say goodbye “like this, natural, although it is difficult to speak now”.

Maxi, 40, made his debut at Newell’s in 1999 and is now retiring from the Rosario club. For the fans in general, the goal he scored against Mexico playing for the National Team in the second round of the 2006 World Cup in Germany is unforgettable, and which represented a 2-1 victory in the extension and qualification for the second round.

🔙 #TBT to this moment of Maxi Rodriguez magic at Germany 2006 🪄#WorldCup | @MR11ok | @Argentinapic.twitter.com/JxFkEEnSfk