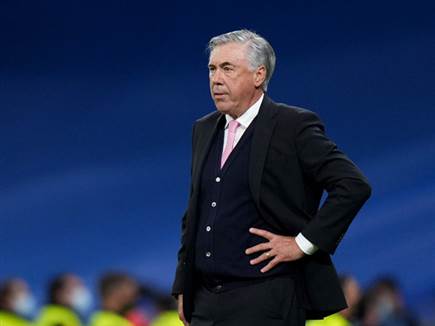 Many were surprised when Real Madrid decided to bring Carlo Ancelotti back for a second term as coach after the departure of Zinedine Zidane, but at least in the meantime, the Italian is leading the Blancos to a successful season opener, with a place in La Liga and promotion to the last eight of the Champions League. In an interview with Corriere dello Sport, the veteran coach talked about returning to the Spanish capital, and along the way scattered hints about the club’s plans for this coming summer.

“The conversation from Real Madrid was amazing,” Ancelotti admitted. “If it was up to me I would stay forever, there is no better place for football. Everything remains the same, except the coaches. The journalists, the medical staff, the players and so does the club’s vision. In a year, in December 2022, we will have a new stadium, and Florentino Perez. “There are very serious intentions regarding July. Ambape or Holland? We’ll talk about that later.”

The coach was not part of Real Madrid when the Super League was formed and collapsed, yet he claims: “Football must change quickly. First of all you have to play fewer games, the quality has deteriorated and players are exhausted. There are those who refuse to play for their teams “We need to stop it. We need two dreams for the national team, I talked about it with Arsene Wenger some time ago. I’m sure players will be open to reducing their salaries for fewer games, and so will coaches. We are unable to work and leave a mark.”

On the Italian team, which could face Portugal in the battle for the World Cup, he said: “It was a complicated draw, but we will do it. Will be prepared to go to the World Cup with the same team that won the Euros, but that is not my decision and at the moment I live less Italian football.”

On the style of play he believes in: “A smart coach is one who matches his style of play to players. He would be an idiot if for example, he would not gamble on outbursts with a player like Vinicius, who has a motorcycle under his feet. Another example: if I have a player like Cristiano I would like him to get the ball often and not ask him to come down for defense. Same thing about Ibrahimovic. There are two types of players: those who make the difference and those who have to run. Group”.

Tomorrow (Sunday, 22:00) Real Madrid will host third-placed Sevilla, as part of a particularly challenging week where they will also meet Athletic Bilbao (Wednesday) and Real Sociedad (Saturday), who also hope to be at the top at the end. The good news is that Shefada Valvareda and Eden Hazard who are recovering from injury have taken part in training, as has David Alaba who was injured in the game against Sheriff, and it is still unclear if he will play tomorrow.

But Ancelotti can take comfort in the fact that his opponent tomorrow, Julen Luftaghi, is in an even more challenging situation. Jose Navas, Yusuf Ann Nasiri and Eric Lamela are injured and will be absent, and in addition, Lucas Occampus and brakemen Jules Conde and Diego Cross are in doubt for a run at the Bernabeu.