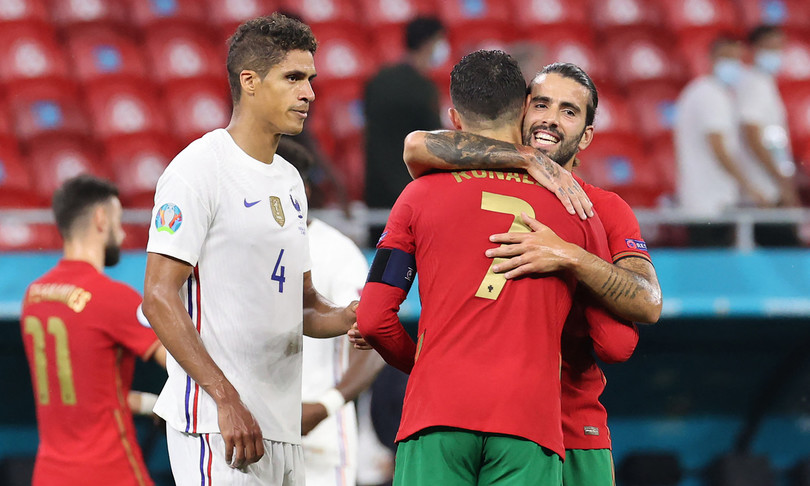 AGI – Portugal and France put on a show in Budapest, draw 2-2 and fly to the Round of 16 at Euro2020. Deschamps’ men move up from the top in the standings thanks also to Benzema’s brace and will face Switzerland.

Definitely more difficult opponent for Cristiano Ronaldo (himself the author of two goals) and companions who will face Belgium. Germany, which suffers but eliminates Hungary, is ahead as second in group F.

At a fiery Puskas Arena, the rhythms of the first half hour are very high. To better administer the ball are the Portuguese who initially limit the firepower of the opponents in attack.

The first chance is on the feet of the French star, Kylian Mbappè, who finds the punctual response of Rui Patricio on a right diagonal in the 16 ‘. The twist that unlocks the contest comes ‘only 27’, however, when Lloris overwhelms Danilo Pereira in the true sense of the word: clear penalty and cold, safe and precise realization by the usual Cristiano Ronaldo, with 108 goals for his national team (13th in the final stages of the European Championships).

The first fraction is about to expire when Mbappè falls to the ground after a slight contact with Nelson Semedo: the referee Lahoz assigns the penalty to the amazement of many (receiving the green light also from the Var room), allowing Benzema to score the 1-1 from eleven meters.

Karim Benzema, who had never scored at the European Championship, scores a double as a true center forward: a few seconds pass from the start of the second half and the Real striker on the edge of the cold offside Rui Patricio with a precise diagonal.

But at 60 ‘there is room for the third penalty of the evening, clear on Kounde’s wide hands: Ronaldo earns the maximum punishment and goes to realize it, equaling the greatest scorer ever at national level, the Iranian Ali Daei, at 109.

At 68 ‘Rui Patricio performs a real miracle on the blow from outside of Pogba, repeating a few moments later on Griezmann. In the final, also due to the result of Germany-Hungary (2-2), the laps are lowered and at the triple whistle they both smile.