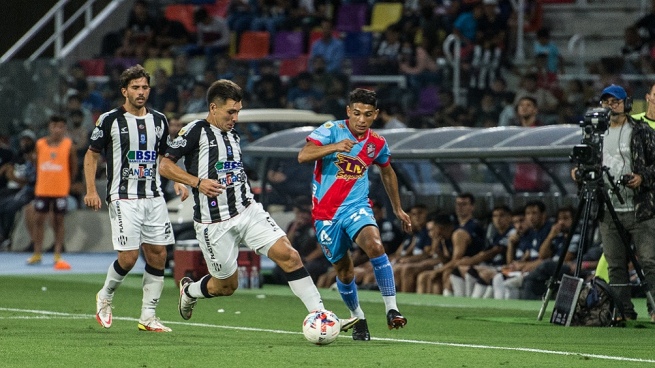 Central Córdoba needed just over half an hour of the game to virtually liquidate the story against the bottom of the professional League, Arsenal, which in that period already beat by 5 to 0, in the match corresponding to the 23rd. date of the contest held in Santiago del Estero.

The locals began to solve the story in just two minutes, which elapsed between 20 and 22, when first Milton Giménez with a penalty kick and then the Uruguayan Sebastián Ribas, at the time the two forwards put in by coach Sergio Rondina, advanced the albinegros on the scoreboard.

Then Lucas Melano appeared, who acted as a right midfielder but always finished as a winger, it should be said as the third striker, to mark the final sentence for Sarandí’s men with the third goal at 34 minutes.

In this way, the second period was practically unnecessary, because Arsenal, last in the positions and today reached by Central Córdoba in the average table for relegation, was powerless to discount such a disadvantage, which made the development of the 45 final minutes only served to the delight of the local fans for the victory, but not for the game, just for a couple of emotions.

The last came about 20 minutes, when Ribas, 33, appeared again to mark the second goal of his personal harvest, and Giménez did the same at 36 to seal the win.

Arsenal came to this meeting with the interim in the technical direction of Darío Espínola, after the departure of Israel Damonte.

While Rondina finished victorious precisely against his previous team, from which he had to go through this weak campaign that his successor could not improve either, because the fact is that the big problem of the “Ass” is the weakness of his squad.