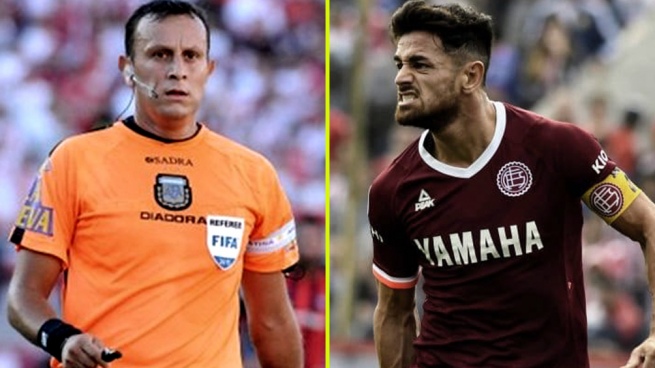 International referee Darío Herrera denounced Lanús striker Lautaro Acosta for an attempted physical attack followed by death threats after the match that “Granate” lost to Racing Club 3 to 1 for the Professional League, in a fact that went to the light this Tuesday.

In that context, Herrera, born in the Neuquén city of Andacollo 36 years ago, appeared last night after the game played in the “Cilindro” at the 1st police station. de Avellaneda and filed a formal complaint against one of Lanús’ referents.

“I’m going to screw you up, I’m going to kill you. If you lead us one more time I will kill you“It would have been the threat of” Laucha “Acosta to Herrera in the changing room where the refereeing list is changed, and when he was about to hit him, the police intervened to separate them.

The situation did not go unnoticed by the National Director of Arbitration, Federico Beligoy, who expressed his concern about what happened.

“They are situations that exceed the normal, they do not occur often, they are incredible. After the fact, Darío contacted me to update me and let me know what he was going to do, he told me that he would report Lautaro Acosta “, Beligoy expressed in dialogue with TyC Sports.