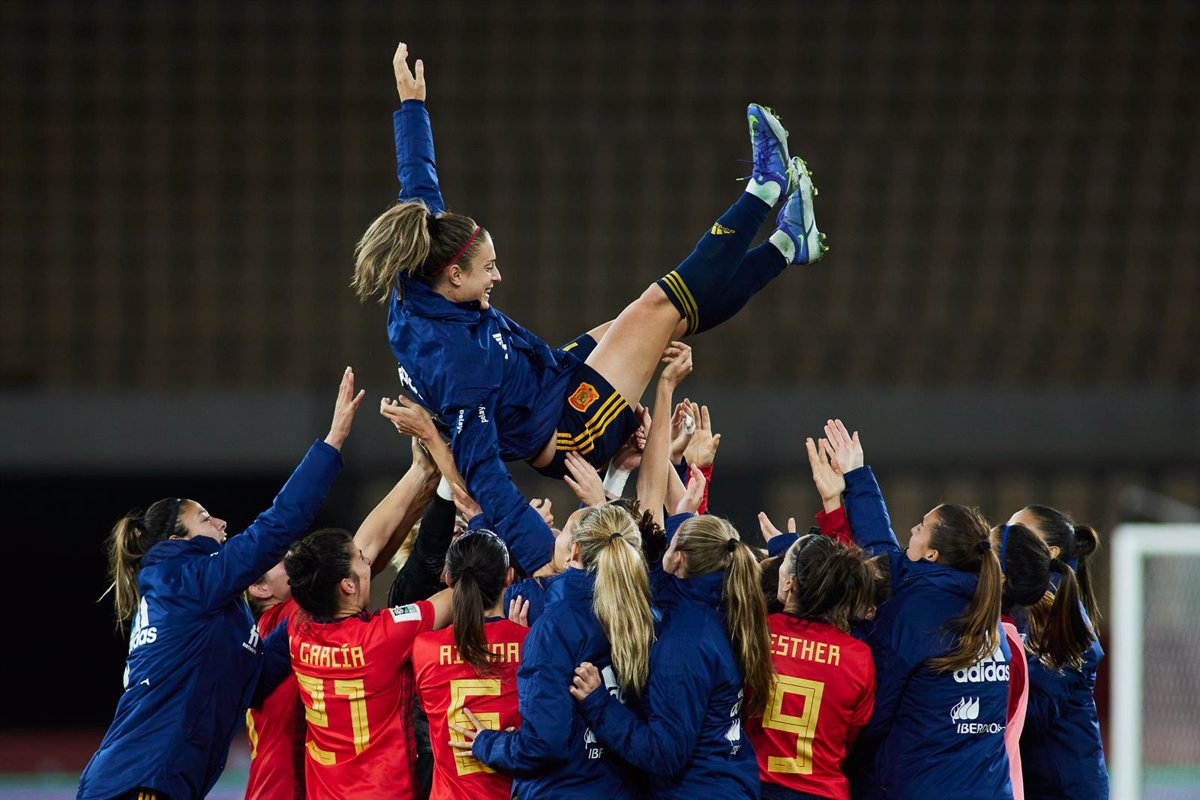 The Spanish midfielder Alexia Putellas did not hide that her conquest of the Ballon d’Or is “a before and an after” that will transcend “beyond football” and that she tried “to be up to the task and make everyone feel proud” in time to pick it up.

“Without a doubt this is going to be a before and after, not so much for me but because I think this will bring a lot of visibility to the players. In the end we all win, and it will be a before and after in women’s football, in all Spanish football and throughout the country because from the messages I’m receiving I think this goes beyond just football, “said Putellas at a press conference after the match against Scotland.

The Catalan confessed that “what made her happier” is that her companions “were much happier” than she, something that she believes would also have happened the other way around. “That is super nice, but here it is a very healthy dressing room and it shows on the field,” added the player, who feels “super loved and very grateful” after checking the messages she has received. “It was crazy,” he acknowledged.

“I felt a lot of emotion as you could see, I felt that I was not alone, that I represented many people, many groups and I tried to be at the height and that everyone felt pride,” said the FC Barcelona player, who was not seen at no time “overcome” by the situation and that as soon as she got up this morning she was already “focused on the Scottish game.”

The captain of the national team stressed that “there was little celebration” for the success. “We had to be prepared for today because this has been one of the most difficult matches to pose for all the emotions that there were, but as soon as I was with the teammates and this coaching staff, I was right back to compete,” he said.