Boca and Newell’s equalized without goals in La Bombonera 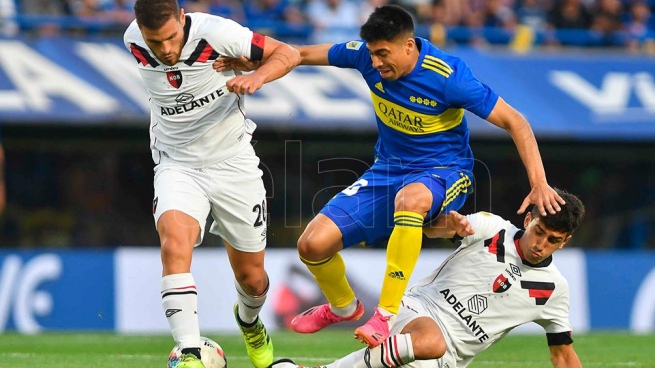 Boca Juniors did not go beyond a goalless draw in the Bombonera, after falling on the previous date against Independiente in Avellaneda, and after the 23rd. The date of the Professional League championship is still out of the qualifying positions to Libertadores 2022 by annual table, so the final of the Argentine Cup on December 8 in Santiago del Estero is presented as more and more important for that goal. .

The first half of the game was framed by the “mysterious” previous actions of the local coach, Sebastián Battaglia, who decided four variants with respect to the team announced to play this same game last Sunday, when it was suspended by the rain that flooded the floor of the Bombonera, and with whom he even practiced this Monday.

The departure of Eros Mancuso to leave his place to Luis Advíncula did not arouse the same suspicions as those of Edwin Cardona (Eduardo Salvio entered), Sebastián Villa (Exequiel Zeballos) and Carlos Zambrano (Lisandro López).

Rumors soon ran through the corridors and press boxes of the Bombonera, but without any confirmation from the protagonists or the coach himself as to whether something happened in the aforementioned morning training session.

That previous “talk” ended up being the most attractive of the first half, since Boca, nor this lukewarm Newell’s that neither head coach has (Adrián Taffarel is interim), opened any item that would attract the attention of the large crowd that again attended the Boquense stadium.

Without arrivals or fluid football from both sides, the presence as head of Zeballos, recently summoned to the Argentine national team, was the most celebrated by the “xeneizes” fans, although the “Changuito” in his eagerness to demonstrate and correspond to so much honey, he ended up hinting more than he specified.

Of course, the same happened with his teammates, who only ended up being spectators of a former club player like Pablo Pérez, who handled the strings of the ñulista midfield and was the manager of the best offensive actions of his team, especially until the first 20 minutes of the complement, since in that period of the second part, above all, the best of the Rosario team was seen.

Rojo and Garro in another sequence of the game (Photo: Alfredo Luna).Newell’s had the ball and then Battaglia had no choice but to send the Colombians Villa and Cardona to the field through the wingers Zeballos and Salvio, also of unproductive production.

The improvement of the auriazul team was immediate, with Boca generating the best options of the night, one even with a goal disallowed by Luis Vázquez for having just the right knee advanced.

Then he fell into another pothole, just when Maximiliano Rodríguez entered the visit, who would have the clearest possibility of the visitor at his feet.

At the end, the “xeneize” pressure came again, the goal being within reach of Marcos Rojo’s head, whose forehead crashed into the left post of the goal defended by Ramiro Macagno, and at the feet of Cardona, whose free kick He had the same fate as that of the former defender of the Argentine team.

But the chance that Vázquez lost after a rebound from Macagno, when in the small area and just over a meter from the goal line, he finished off against the right post, made the general frustration even greater, especially because with that chance and another more dilapidated by the same striker, the Boquenses are still out of Copa Libertadores positions in the Annual Table.

That is why the fans fired the team demanding that on December 8, in the final of the Argentine Cup against Talleres or Godoy Cruz, “in Santiago del Estero, whatever the cost, you have to win.”

It is that the Professional League has only two dates left, and the other way to reach the Libertadores is precisely in that Copa Argentina season. Today Boca is only guaranteed its participation in the Copa Sudamericana next year, although its two final dates of the LPF seem accessible: the last Arsenal as a visitor and Central Córdoba closing at home.

Boca is in that Annual Table one point below Estudiantes, who next weekend will visit Gimnasia y Esgrima in the La Plata classic.

Either way, “pinchas” and “xeneizes” are fighting for that last position that is classifying an Argentine representative to the Repechage of the Libertadores next year and not to the group stage, something that the Ribera team would get from. win the Argentine Cup.