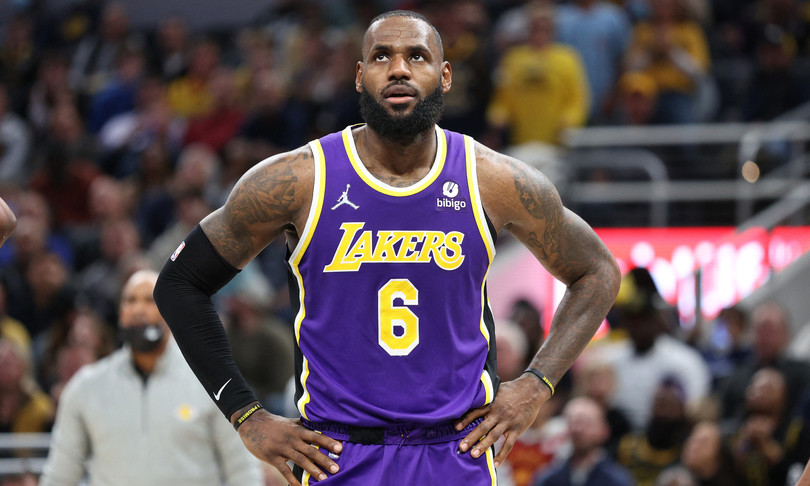 After the news of the positivity to Covid and the consequent entry into the US health and safety protocols, the nineteenth NBA season of LeBron James is likely to soon turn into the record negative for the native of Akron (Ohio). Not in actual terms of points, goals scored and performances on the parquet, but about the number of games played during the regular season.

The anti-covid protocols of the US basketball league, in the event of a positive buffer, require a minimum of 10 days of isolation away from the fields, obviously without the possibility of training with the team. After this period, a player must undergo cardiac screening and reconditioning to be allowed to return to the pitch. Protocol that may be terminated prematurely in the event of your negative swabs within a 24 hour period.

LeBron James is out tonight against Sacramento due to the NBA’s health and safety protocols.

In summary LeBron James, regularly vaccinated from the end of September, should he be forced into isolation for the entire period, he risks missing at least another three or four games which would increase the number of times he did not take the field. The ‘King’ in fact, between an abdominal injury and disqualification, has already missed 12 of the 23 games played by the Los Angeles Lakers, who without him are increasingly struggling than usual. Despite tonight’s victory with the Sacramento Kings, the yellow-violet record without their number 6 is 5 wins and 7 losses.

LeBron James’ career maximum of skipped races is 27 and both times it happened with the Californian franchise: last year he only played 45 games out of the 72 scheduled for the regular season (shortened due to the pandemic), while in the first year in Los Angeles his season even ended on March 29 due to a muscle injury, stopping the count at 55 races out of the 82 total. In short, in perspective this season could be worth another record, this time however in negative for King James, who has now reached the threshold of 37 years (he will turn them on December 30th).

It will be a heavy absence for the Lakers, but coach Frank Vogel doesn’t make a big deal out of it: “Obviously it’s a big loss, we hope to have him back with us as soon as possible – he commented before the victory against the Kings – We know he would always want to play, he has a great desire to take the field. We have already been without him, I’m sure this further absence will unite the team even more. ”