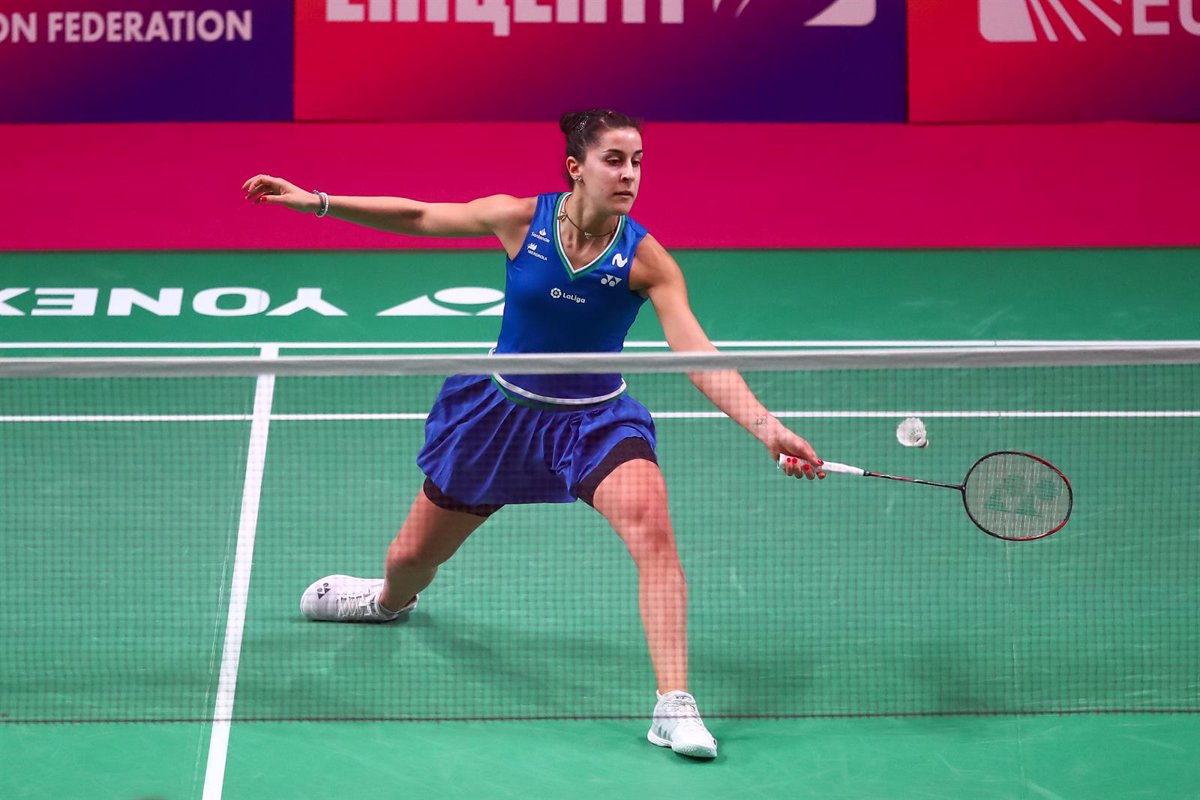 The Spanish Carolina Marín hurries her recovery to be able to compete from December 12 to 19 in the 2021 Badminton World Cup, in the pavilion that bears her name, in Huelva, a tournament that saw the draw of the match tables this Wednesday.

The headquarters of the International Badminton Federation (BWF) hosted the draw to open the excitement of the world event, in which Marín will seek his fourth title. Of course, the Huelva is in the final stretch of his recovery from a serious knee injury that prevented him from defending his Olympic title in Tokyo 2020.

Since the beginning of June, the Olympic champion in Rio 2016 has been working on a tough recovery that she hopes will arrive in time to play ‘her’ World Cup. In Huelva, Marín is fourth seeded and entered directly into the round of 32, framed at the top of the table along with Tzu Ying, current world number one.

In addition, Marín could find himself in the round of 16 with the tenth in the world, Michelle Li, and in the quarterfinals against He Bing Jao ​​(8). The also Spanish Clara Azurmendi will debut against Evgeniya Kosetskaya, number 26 in the ranking, and in case of going to the second round she would face Tai Tzu Ying.

In the doubles draw, the Spanish representatives avoided the top seeds in the first round. Clara Azurmendi and Beatriz Corrales will face Indonesian Siti Fadia Silva Ramadhanti and Ribka Sugiarto. For their part, Joan Monroy and Carlos Piris have as their first rivals the Bulgarians Christo and Toma Junior Popov. In the mixed doubles, Alberto Zapico and Lorena Uslé will start against the Chinese couple Chang Tak Ching and Ng Wing Yung and then the number one Zeng Si Wei and Huang Ya Quiong will play.