Napoli wastes the double advantage, in Sassuolo it ends 2 – 2 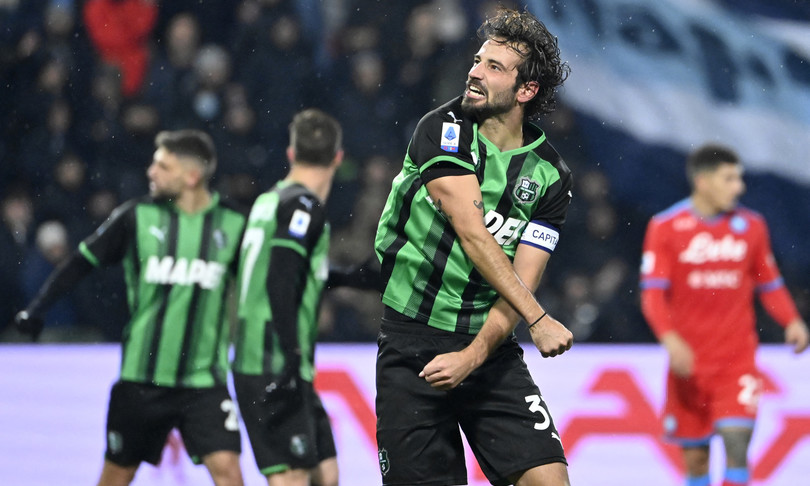 Incredible draw between Sassuolo and Napoli, which impacted 2-2 at the end of an incredible and very heated match in the final. Close to the company the Emilians, who had also found the third goal in full recovery canceled after a control at the Var. Scamacca.

Spalletti’s team stays first but sees both Milan and Inter shorten, with three teams now floating in just 2 points. After the victory at San Siro, Dionisi’s men practically place another bang. The rhythms at the start at Mapei Stadium were discreet, with the two teams facing each other face to face and responding blow by blow.

In the quarter of an hour the Neapolitans are the first to touch the advantage with a close right from Zielinski, who does not find the precision after an air bank by Di Lorenzo. A dozen minutes later Insigne is also dangerous, escaping on the counterattack and rushing to the net, without surprising a careful Consiglio who blocks in two halves.

Close to the interval the Emilians show up with Ferrari, who turns in the area with the left-handed calling Ospina to the low parade. At the beginning of the second half, Napoli started in fifth and within a few moments, from 51 ‘to 59’, found the goals that direct the challenge with Fabian Ruiz and Mertens.

Sassuolo, however, does not want to give up and at 72 ‘he shortens the distance with a pearl of Scamacca, who controls a cross in the chest and the right fly beats Ospina giving hope to his team. Hopes welcomed in the 89th minute, when a Ferrari header on Berardi’s free-kick allowed Dionisi’s team to unbelievably equalize the scores, leaving a lot of bitterness in the mouth of Napoli. In full recovery also canceled a goal to Defrel after a Var control, which punishes an intervention by Berardi on Rrhamani