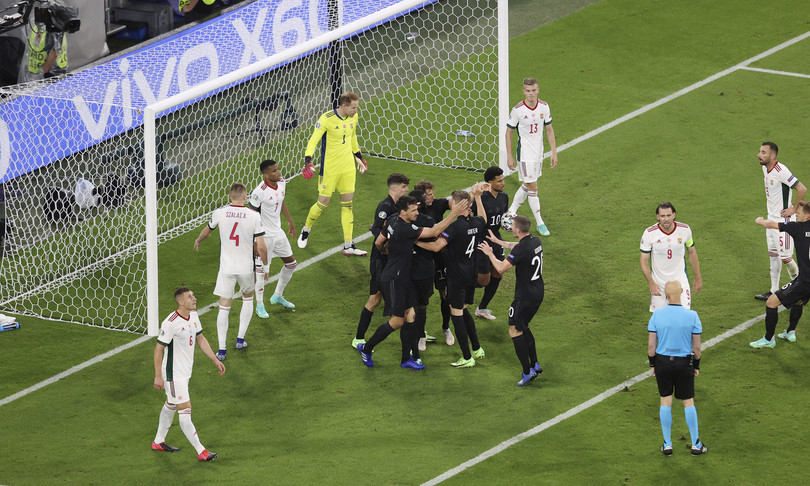 ` – Germany suffers, falls behind twice, but in the end grabs the qualification for the Round of 16. At the Allianz Arena, Loew’s men do not go beyond 2.2 with Hungary but however, they are guaranteed second place in group F. England will be their next opponent. On the other hand, Marco Rossi’s team has been eliminated and greets the Europeans with their heads held high.

Loew’s team started attacking but surprisingly Hungary took the lead in the 11th minute. Cross from the right by Sallai and a winning head shot by Adam Szalai, who in a diving header beats Neuer and unlocks the race. The Germans poured into attack in search of equal, but the fort of Marco Rossi’s men resists.

At 21 ‘the crossbar denied Hummels the joy of the goal, while a few moments later it was Gulacsi who blocked a close shot from Ginter in two halves. As the minutes went by, the intensity of the rain increased, but not even the Munich deluge managed to shake Germany, which returned to the locker room with one goal behind.

In the second half the script does not change and Mannschaft struggles to become dangerous in the offensive phase. The most tempting occasion even happens to the Hungarians with the outside post hit by Sallai in the 62nd minute.

Four minutes later, however, an ingenuity by Gulacsi gives Germany the equalizer. The Leipzig goalkeeper fails, Hummels takes advantage of it to serve as a tower and Havertz sidelines 1.1 with a header. No.yet the time to rejoice that a heroic Hungary is immediately brought forward.

After the goal, Adam Szalai improvises as assitman and sevre Schafer, good at anticipating Neuer with a winning header. With 6 ‘from the end, however, Goretzka gets Germany out of trouble with a winning right and gives his team the qualification.