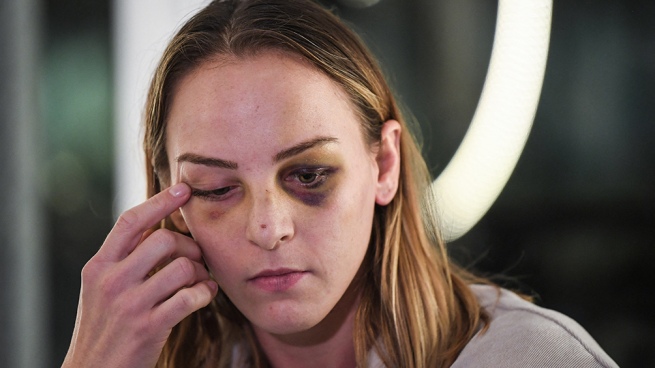 Angry at the lack of answers from the Justice, who quickly acquitted the aggressor for lack of evidence, Pinot made a harsh discharge on Instagram and in her lines she asked, What was missing, death perhaps?“.

(Photo: AFP).In the post the judoka narrated that “During the early hours of Sunday I was the victim of an assault at my home by my partner and coach. I was insulted, beaten, my head hit the ground several times. And finally he strangled me. I thought I was going to die, I managed to escape to take refuge with my neighbors who immediately called the police. I have several injuries, including a broken nose and 10 days of temporary work stoppage. “

(Photo: AFP).In his description of the details, Pinot accompanied the text with some photos that reflected how his face had been and continued: “Now the Justice has decided to release him. How much more valuable is your slanderous defense against my wounds and the blood scattered on the floor of my apartment? What was missing, death, perhaps? Judo is probably what saved me. I think of those who cannot say the same “.

Members of the French judo team spoke out about it and showed their solidarity with Pinot, demanding policies to solve gender violence.