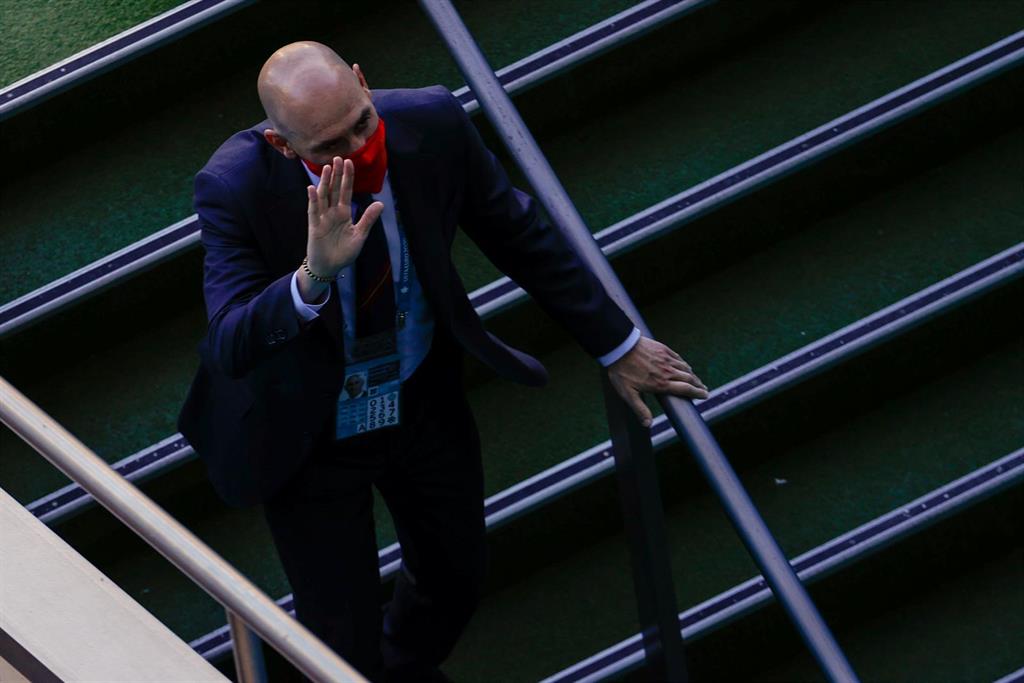 The president of the Royal Spanish Football Federation (RFEF), Luis Rubiales, invited “not to lose optimism” and “confidence” in the Spanish soccer team, after qualifying for the round of 16 of the Eurocup against Croatia , a “very difficult opponent”, by thrashing (0-5) this Wednesday against Slovakia at the La Cartuja stadium in Seville-

“Croatia is a very difficult opponent- Yesterday Davor Suker and I were talking, we are good friends, and without a doubt I believe that any game from now on will be complicated- We have to, with that calm, not lose optimism and confidence in our players and coaching staff, “he said after attending the Europa Press Sports Breakfasts, sponsored by DAZN, Liberbank, Loterías y Apuestas del Estado and Repsol-

Luis Rubiales assured that he has been calm in recent days despite criticism for the lack of a goal by the national team- “I think it was not fair that we had only two points before the game against Slovakia- It was a great game with the difference that there was a hit in the face of goal- Let’s see if things go well- You have to keep your feet on the right foot- the ground and be calm, “he insisted-

In this sense, the president of the RFEF highlighted the “incredible atmosphere” that reigns in the dressing room of ‘La Roja’- “If the people who are working to reap a great result are like this, that is the important thing- Then there is the outside, which we cannot control- I hope more and more people join in, feel proud of this team and support us”, he pointed-

Rubiales underlined all the support provided by the fans of Seville and institutions such as the City Council and the Junta de Andalucía- “They have treated us phenomenally- Hopefully we will be more and more and those of us who believe that something important can be done,” he said-

Regarding the state of mind of the national coach, Luis Enrique Martínez, said that “he is very happy in the federation-” “He is happy with the performance of his players- It is a pleasure to have him and a privilege to have a person with that curriculum that very few have,” he said-