the Electoral Board did not make Fabián Doman’s list official 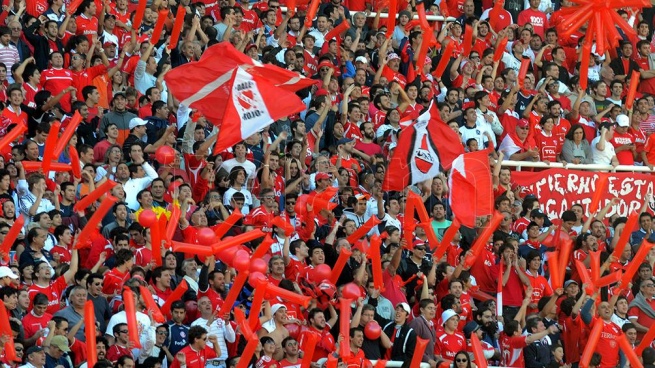 The Electoral Board of Independiente banned the Independent Unit list on Saturday night, which has journalist Fabián Doman as a candidate for president of the institution and who immediately presented an appeal to the Legal Personnel to postpone the election act of next 19 of December.

The Independent Unity Front, which brought together seven opposition groups, issued a statement this Saturday night:

“The Electoral Board of the Independent Athletic Club decided not to make the list presented by the Independent Unity Front official. This measure was announced minutes ago and is a clear ban on the electoral proposal led by Fabián Doman, Néstor Grindetti and Juan Marconi ”, he said.

“Despite having submitted in due time and form all the documents and legal requirements requested to be able to participate in the next elections that will take place on Sunday, December 19, this arbitrary maneuver undermines the democratic quality of the institution, and is the corollary of multiple situations that were happening in recent days, “he continued.

“Starting with members of the Electoral Board – made up only of members representing the ruling party -, responsible for the December 19 elections, publicly criticizing our candidate for President,” the notice clarified.

Then, he warned that “what happened tonight is yet another expression of the assault on democracy of which the club has been a victim in recent years. However, we want to express to the members that we will exhaust all political and judicial instances to return to being a club of members and for members ”, stating that the Front will appeal the measure provided.

The last paragraph highlights: “The club can have good or bad presidents. Very good or very bad. But what it cannot have is presidents not elected by the members ”.

The irregular campaign of the first soccer team and this situation raised in the internal politics of the institution, warns about an atmosphere of enormous tension that the Libertadores de América-Ricardo Bochini stadium will present tomorrow, which will be full of supporters because prior to the match with San Lorenzo for the LPF, a special show will be developed in relation to the imposition of the name of the maximum ‘red’ idol on stage.