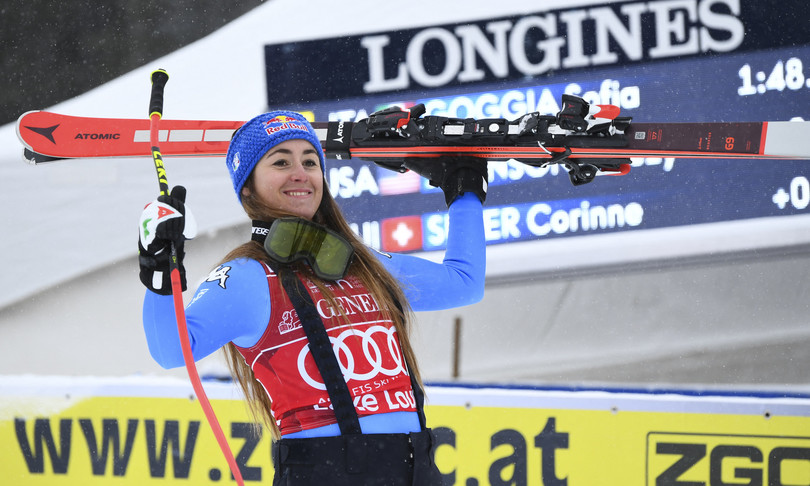 Sofia Goggia is getting bigger and bigger.

The blue champion, also winning the World Cup supergiant in Lake Louise in Canada, has hit a historic hat-trick in as many days. After the victories in the two free runs on Friday and yesterday, today Goggia was the fastest also in the superg. Sofia, Olympic champion in charge of downhill, has centered the victory number 14 of her wonderful career and the podium number 35. The hat-trick of the Bergamo athlete allows Italy to reach 104 successes in the history of female alpine skiing. Behind Sofia Goggia, the Swiss Lara Gut-Behrami at 11 cents and the Austrian Mirjam Puchner at 44 cents. Fifth Federica Brignone 9 cents from the podium.