The extension of Carlsen in the world of chess. Now ‘Nepo’ needs a business 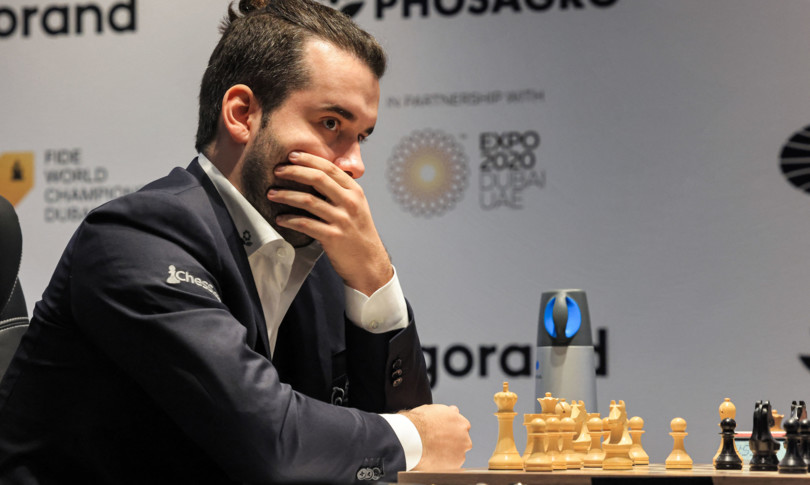 Ian Nepomniachtchi is with his back against the wall, one step away from the abyss. Magnus Carlsen, on the other hand, sees the finish line banner with the concrete possibility of retaining the scepter and crown of the world chess champion that has belonged to him since 2013.

The decisive watershed, in the challenge being played at Expo 2020 in Dubai, was yesterday’s match with the Russian who, making a serious mistake at move 21, gave a pawn, and therefore the match, to the Norwegian who was thus brought on the score of 5-3. To use a football metaphor, a passion shared by the two chess players, for Nepomniachtchi it’s like being 2-0 down against Real Madrid in the 70th minute of play. To recover, in short, it takes a company since, at the end of the contest, there are just 6 games left and three of these will see Carlsen playing with the white pieces.

The eighth match opened with the reigning champion who opted, as in the previous days, for move e4. The challenger has chosen the Russian defense (Petrov) a somewhat more aggressive line than in the past. This is a well-known defense but not widely adopted at the higher levels. An almost niche variant, because it is characterized by some sudden changes of pieces (pedestrians and horses) and a fast development of the position. Despite this, after the first moves, the panorama shown by the chessboard was of substantial balance, with an almost symmetrical position and absolute control by both players. Yet another draw seemed in the air.

At least before the sensational error of the Russian, in jargon a true ‘blunder’, who lost a simple diagonal combination that could be carried out by Carlsen’s white queen: check to the opponent’s king and conquest of a defenseless pawn without any kind of compensation for the black. Nepomniachtchi’s faces, grimaces, increasingly empty eyes and brow movements the seriousness of the oversight was well described in the following minutes. On the social networks and on the channels dedicated to the commentary of the match, the question of the Grani Maestri involved has always been the same: “How did Nepo not see it?”.

Anish Giri, Dutch champion who participated in the candidates’ tournament that qualified the Russian for the world championship challenge, was even more clear: “Game over. A pawn full of disadvantages and a bad position. You can only lose. so, very strange mistake. ” In short, worse than an own goal in a small area.

Over the next hour, Nepomniachtchi started a ballet. After each move he would get up and disappear for several minutes, hiding from the cameras. Then, in the final stages, he remained seated, tapping his fingers on the table, showing understandable nervousness and finally quitting the game shortly after the fortieth move. Carlsen, for his part, did not bat an eye. He hardly ever got up, keeping his eyes, cold and emotionless, fixed on the board, avoiding looking at his opponent.

“I thought it was a big mistake but we were both really tired. At that point it always helps to have the initiative,” explained the Norwegian at a press conference. Nepo, on the other hand, tried to see the positive side: “It doesn’t change much (after the first defeat, ed), the plan remains the same. Now instead of just one game I have to win two. I was already down in the dumps. Let’s see what happens next. “. The Russian was very honest and hard on himself, apologizing for his performance “far below” his usual level and even “below the level of a Grand Master”. On Norwegian channel Nrk, Carlsen was more severe: “He wasn’t at the top at all today. His level of play has already dropped after a first defeat.”

The champion, in all the challenges for the world title, has lost a total of only two matches, one with the Indian Anand and the other with the Russian Karjakin. With Caruana, in the last defense, 12 draws arrived in 12 matches with the victory won in the quick playoff races (blitz). Caruana himself defined the mistake made by Nepo as the result of “a tilt” stealing the term from the poker language. In short, the company that awaits the Russian is now truly titanic also because there are few cartridges available.

Today is a rest day in which the challenger’s team will be able to develop an attack and response plan. Twenty-four hours at Nepomniachtchi’s disposal to eliminate all negative thoughts and regain the conviction necessary to put the world number one in difficulty. Carlsen is a bit like Haaland, the Borussia Dortmund striker, also Norwegian, who met last month in Germany during a Bundesliga match. “What do we have in common?” he then said to a specific question, “well, when the opportunity arises we are both relentless.” Hard to blame him, ask Nepomniachtchi for further confirmation.