Javier Tebas: “We cannot submit to the club that secretly planned the Super League” 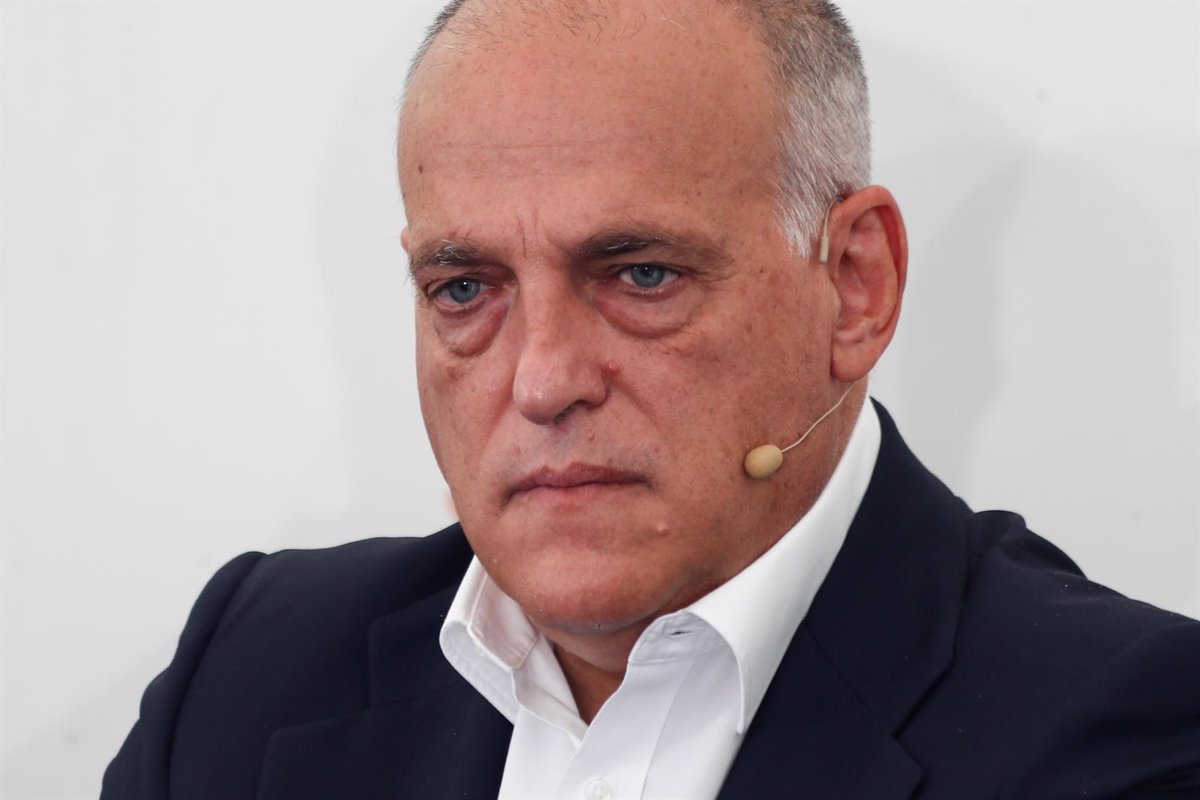 The president of LaLiga, Javier Tebas, denounced the “uncertainty” and “confusion” that the proposal of Athletic Club, FC Barcelona and Real Madrid has tried to generate ‘Sustainable Project’ with his new letter to professional clubs, and stressed that the Spanish football cannot be “subjected” to a club that “clandestinely” planned the European Super League.

“LaLiga cannot be subjected to a club that after more than three years clandestinely planning the operation of the Super League, presented the project just 6 months ago knowing that it was lethal for our league. With misleading arguments, disguising the salvation movement for all clubs and legally threatening LaLiga. Exactly the same as now, “he stressed.

In a letter dated this Tuesday, December 7, and to which Europa Press has had access, Javier Tebas pointed out that Sustainable Project repeats its arguments with the “sole intention of generating maximum uncertainty” and “confusion” to get LaLiga Impulso “don’t get ahead.”

In this sense, Tebas recalled that the proposal promoted by Athletic, Barça and Real Madrid “is a debt operation”, and that of LaLiga Impulso, “capital”; and that it “assumes neither business nor financial risk”, which is in direct conflict with the current financing structure of the clubs.

“This operation is therefore not possible for many of the clubs that could never use the funding to develop their project, and even less to use these funds to grow as a club.

The LaLiga Impulso operation is a strategic operation with a partner to grow in the future, not a mere financing as proposed by the alternative project, “he compared.

Regarding legal considerations, he added that LaLiga Impulso is “fully compatible” with the powers granted to LaLiga by the Sports Law of 1990 and the Royal Decree of 2015 on the commercialization of audiovisual rights for professional football.

“It is not, in any way, an exclusive project of La Liga.

As is evident, this project will only be carried out if it is approved by the General Assembly by a large majority and will have the individual consent of each and every participating club. It is, in short, and how could it be otherwise, a joint project of La Liga and the clubs, “he stressed.

In addition, he stressed that the capital invested by the CVC venture capital fund in the Impulso plan is sent to the clubs in the form of a participatory loan and that they are not going to grant any type of pledge or encumbrance on their rights, “which in addition they continue to be 100% of its exclusive ownership “.

In addition, LaLiga Impulso, underlined the president of LaLiga, falls within the private sphere of self-organization of the employer and relies on its full capacity and that of the clubs to organize their economic relations. “It is an operation that is immediately feasible and with full respect for the rules that govern us,” he said.

On the other hand, the accusation of ‘fraud of law’ of Sustainable Project “is not new”, for Tebas, who indicated that it is a “habitual reproach” of Real Madrid to LaLiga along with that of “expropriation behavior”, “abuse of right “or” bad faith “against which the judicial bodies” have not only always rejected them, but have even come to disqualify “the behavior of the white club, and have reproached it for being the entity chaired by Florentino Péres the one that incurs in bad faith and abuse of rights.

Tebas stressed that he already announced weeks ago to the clubs that he was anticipating “days of media conflict and noise” to make them lose the “focus of the common goal of working for a better and stronger League.” “And we are seeing it: artificial diffusion on social networks, use of the usual media springs, generation of confusion, legal threats, pressure of all kinds … Fortunately, it is already a modus operandi that we all know. We still have complicated days left. ahead because they will not cease their efforts, so we will have to continue working for the common goal of a strong, competitive league with a future, “he concluded.