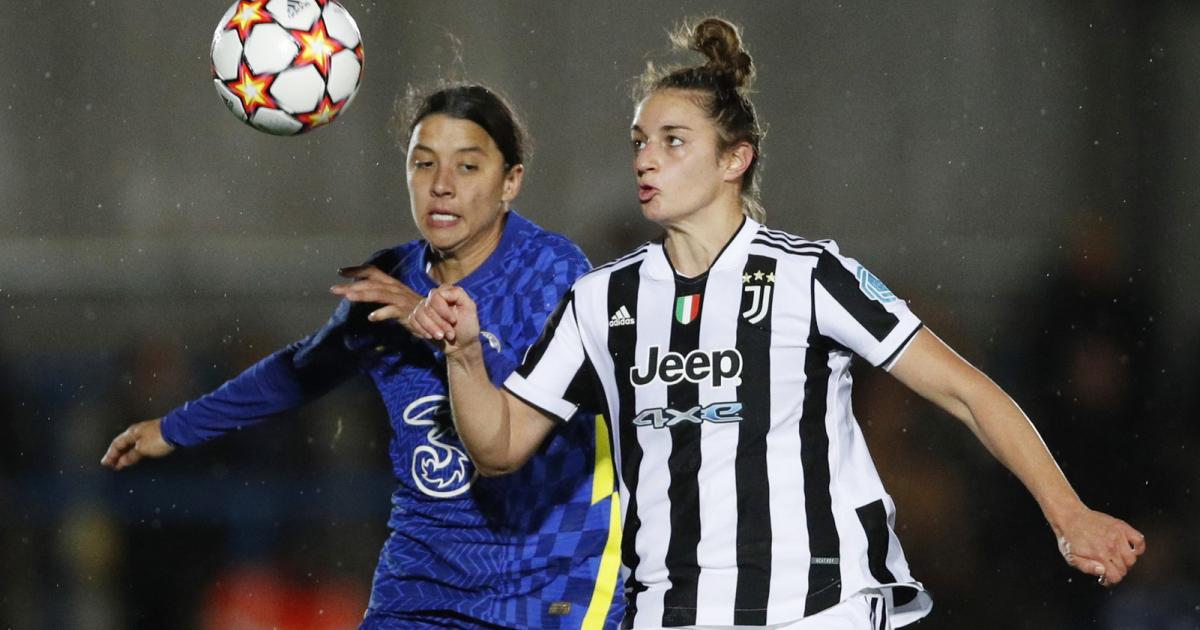 The striker ended the disruptive action of a spectator in the Champions League against Juventus with a body check.

You don’t see a foul on a spectator all that often. It happened on Wednesday in the Women’s Champions League. Chelsea striker Sam Kerr received a yellow card in the game against Juventus for doing what the stewards couldn’t. With a classic body check, she brought down an intruder who was walking across the field and taking photos during the game.

The top player from Australia received applause from the fans in the stands, but also the referee’s warning. Chelsea coach Emma Hayes criticized: “I don’t know why he didn’t wait until the end, then he could have taken a picture without any problems. We have to think about the well-being and safety of the players. “

Chelsea went 0-0 for the first time this season without a goal.