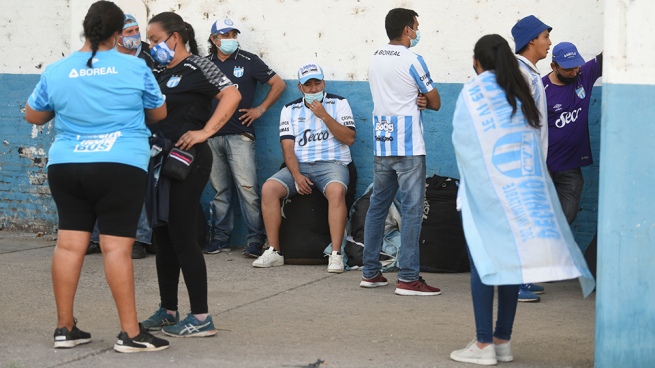 Atlético Tucumán announced this Thursday that for next Saturday’s game against River Plate, the police will demand the presentation of the “health pass” that was implemented last week in the province.

“By order of the Government of the Province, the Police will require the health pass along with the entrance,” reported the club “dean” on its official Twitter account.

🔹 Information on access to the Stadium area and entries to the different stands for Saturday’s game.

⚠️ By provision of the Government of the Province, the Police will require the health pass along with the entrance. #ComeDean 💪💙🤍 pic.twitter.com/eEuLNg6Rlw

In this way, the fans – over 13 years old – who will go to the Monumental José Fierro stadium for the game on Saturday at 7.15 pm for the last date of the 2021 Professional League tournament will have to validate that they were vaccinated with the two doses of the coronavirus vaccine.

The Health Pass for access to activities and places with a higher epidemiological risk due to Covid-19 was implemented last week by the government of Tucumán and both the physical and digital formats will be accepted at the entrance.

For the last game of the year at home, Atlético Tucumán began on Tuesday with the sale of tickets for members and this Friday and Saturday in the Tucumana Football League (from 8 to 20) there will be a remainder for non-members that can be purchased for 3,500 and 4,000 pesos.The team will be led for the last time by the interim Martín Anastacio and in the preseason Juan Manuel Azconzábal will take over, who will begin his second cycle at the club.