‘I never imagined winning so many titles as president of River’ 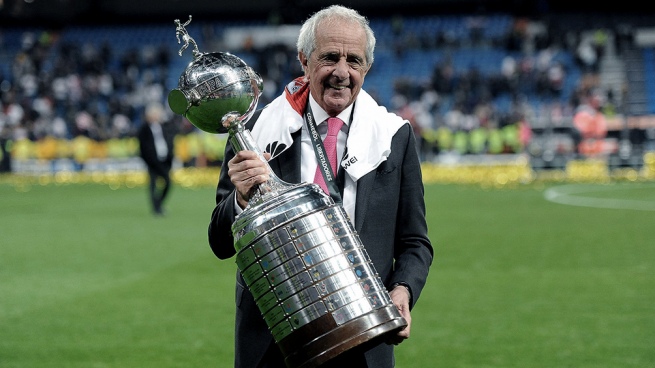 The president of River, Rodolfo D’Onofrio, acknowledged that he “never” imagined winning so many titles under his eight-year term, in the run-up to his departure from office in the face of the inauguration of Jorge Brito, current vice vice president.

“I am very happy and very happy with these eight years at River. I still have a few more days as President and when I arrived at the time we received River in a serious economic situation. We knew we could solve it, we first won those two championships with Ramón (Díaz) and then we started the wonderful cycle with Marcelo (Gallardo). I never imagined winning so many championships, “recalled the leader in an interview with Radio Telam.

“River is doing well economically, we have just signed two important contracts with Adidas and Socios.com. We must bear in mind that there will always be problems such as minimal deficits, in River we did it but always with the ability to pay. The only one who leaves I’m from the directive committee, the rest follow, it’s the same team, “he said.

D’Onofrio succeeded Daniel Alberto Pasarella, the president who was marked by the relegation to the First National B in June 2011, and since his arrival the institution has won two local tournaments, a Championship Cup, three Argentine cups, two Argentine Super Cups, two Libertadores Cups -one against Boca in Madrid-, a South American Cup, three South American Recopas and a Suruga Bank Cup.

“I never got into the team that was supposed to put or serve on the court. The figure of Enzo Francéscoli was always key because he was an interlocutor. Obviously with Marcelo we sometimes argued but in general it was the opposite, we both knew our limits so as not to invade the spaces of the other “, he told about how he built the bond with the coach and the manager.

“River is doing well economically, we have just signed two important contracts with Adidas and Socios.com. We must bear in mind that there will always be problems such as minimal deficits, in River we did it but always with the ability to pay”

“Gallardo is a person who analyzes everything and answers what he feels. He himself said that after the consecration with Racing he wanted to go home and that after thinking he saw that there were things to be given. I found out by chance that he continued because I saw him the same morning and I heard him from his own mouth say the same thing he told the cameras, “he said.

In addition, D’Onofrio, who will participate in national politics although he has not yet made official in which coalition, announced that he will continue in football with the position of vice president of the Argentine Football Association (AFA) because they asked him from “the new commission” .

Finally, the leader assured about his successor: “Jorge Brito has the absolute capacity to give continuity to the work we have been doing.”