Italy and Austria, a black shirt to avoid 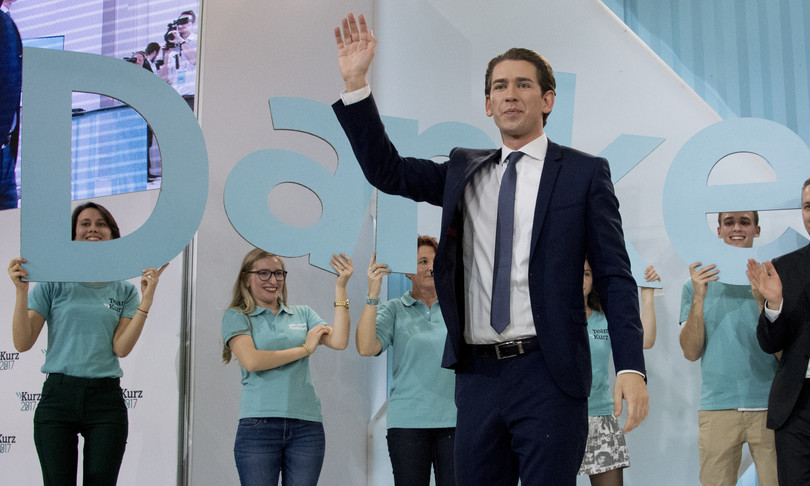 AGI – To the snooty and easy-going, to those who already think ahead and to those who do not see the problem, let’s say: beware, those are not to be taken lightly. The Austrians can hurt, and we do not tell them because we are hooligans, but because between us and Austria there is not so much the Istro, but sometimes only the Piave. Otherwise, what sense would this ancestral arrogance have which, like every feeling similar to it, hides the restlessness at the bottom?

Italy and Austria, Austria and Italy: in the middle the mountain, punctured by two passages or maybe three. Ad Pirum, as the Romans called the Tarvisio pass. But above all Brenner and the Isonzo Valley. The first with that name that smacks of domesticated but destructive barbarism, the other that if you go along it in the direction of the current (and the water is emerald green as if it were the Caribbean Sea) you find yourself, in no time at all, in Romans . Which is the gateway to Italy, but also the first Lombard site of the boot: those semi-descendants had understood very well where it was worth going through.

True: Tarvisio and Brenner damage Austria as we know it today, the Isonzo instead begins in Slovenia. But for us, who when we think about football we resort to the memories obtained from the subsidiaries, basically it is the same thing. Twelve were the battles on the Isonzo, and on the other side of the front there were them, the Austrians.

That they were also Slovenes, Bohemians, Slovaks, Galicians, Hungarians and even Italians from the irredent lands, as well as Austrians, does the same. They were all todeschi. The houses of Italy are made for us, there on the Danube is the house of yours.

They even owe their name to us, if they make up for it. The first cultured quotation of the Austrians can be found in Dante (Inferno, 32, 26) and it’s Osterlicchi. The others will also be older, but they are bureaucratic and therefore do not make a text, do not bear the seal of art. However, the similarity with Oesterreich, current name in the original language: “Eastern Empire” is evident; as even now the Germans, to indicate France, speak unapologetically of the “empire of the Franks”. Then he says why making a united Europe is not a foregone conclusion.

The empire of football

The Europeans are much easier, but not even those are taken for granted. For decades and decades they have taught us, the Austrians, how to throw the ball into the goal. Pozzo’s heyday opens after a blow with them in ’29 and ends with another blow, always with them, in ’47. For years our inspiration has done little against their organization.

Even the Reich, the bad one, had to bow its head. It was April 3, 1938, the “Match of Reunification”Which should have given the seal of sporting legitimacy to Hitler’s Anschluss. It ended with that stateless Austrian who had made sparks in Germany reduced to frothing anger as he had not done since the days of Jesse Owens: two networks of annexes and zero for the occupants.

With Mathias Sindelar, Austrian captain and son of a Moravian who died on the front with Italy, who made the catwalk under the grandstand. And he was thinking, raising his arms to the sky, of his beautiful and lost homeland, but also of that land that had taken away his father and which a few weeks ago had refused to intervene to save his destiny and that of his friends.

It is true that it was a Rhenish, an Austrian prince by chance, who coined the most annoying definition of the beautiful country ever given. But it is also true that the Habsburg Empire, a multinational medieval empire that was guilty of knowing how to live until the full twentieth century, taught us many things, not least good administration. And not only in Lombardy-Veneto, even in Tuscany.

When the Savoy family arrived with their plebiscites, in Pietrasanta in the province of Lucca no one dared to tear down the monument to Canapone, Leopoldo II of Habsburg-Lorraine, nor did they do it in Grosseto. It would have been unforgivable narrow-mindedness in the face of the greatness of that band of Austro-Tuscans, who taught the world what the human being is and they abolished torture and the death penalty in one fell swoop.

When it was a question of finding peace, once and for all, a former Habsburg subject and former parliamentarian like Alcide De Gasperi got along perfectly with the parigrade of Vienna, Karl Gruber, and a package of protections for the High Adige that could not have been imagined more far-sighted.

So much so that, in the year in which the last nail of that agreement was planted and the last screw was tightened, Andreotti and De Michelis were able to go to Belgrade to suggest doing the same thing, with Yugoslavia that was dissolving . They weren’t listened to, but if they had been, we might have spared the siege of Sarajevo.

When you are too young it is a problem to manage a history that is ancient, glorious and imperial. Otherwise it would be well known that, for example, black is yes the historical color of the Austrian People’s Party, but also the one that in 1938, when Sindelar put on the net making the extreme gesture of resistance to Nazism, was worn by Italy at the World Cup Paris.

That Italy which, unlike four years earlier, had refused to mobilize the divisions at the Brenner – also at the Brenner – to save the shaky Austrian independence. Italy forgets Canapone, may this remain to your shame over the centuries.

Perhaps it is better if, unlike the meetings with North Macedonia and the Netherlands, someone decides to leave the black shirt at the hotel. Go and play it down with some ridiculous acid green shorts, but the “Escape to Victory” effect remains all. In short, too unhappily evocative.

Herbert Prohaska, for example, preferred the Nerazzurri or, in his absence, the Giallorossi.