“Without a present, without a future”: Barcelona seeks comfort 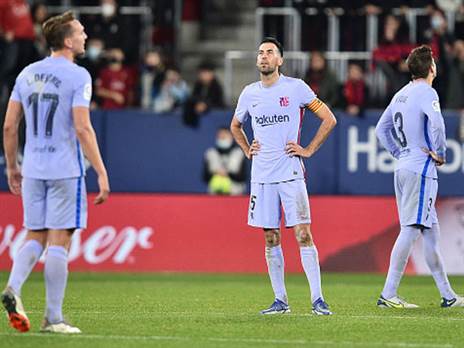 Barcelona football club cannot raise its head. Xavi Hernandez’s team led twice and still failed to maintain the advantage and finished last night (Sunday) with 2: 2 against Osasuna in El Sadr. The Catalans are recording a third game in a row without a win, and continue their terrible week that began with a loss to Betis and a defeat to Bayern and a relegation from the Champions League.

“The current Barcelona have no present, but at the moment it does seem to have a rosy future,” the Catalan “SPORT” tried to cheer on. Along with such inexperienced young people, and with this strange combination, the rebuilding must begin. ”

Barça coach Xavi analyzed: “With a 1: 2 advantage we had to stay calm and continue to hold the ball. The goal came from a strange rebound. It’s hard to digest. The young players – Gabby, Nico and Abda, were excellent and I am proud of them. The positive thing is “The negative thing too. The players who make the difference are 17, 18 and 19. It is good for the future, but it must be admitted that they are too young and it is not possible to demand high standards from them on a regular basis.”

On the goals to follow, the coach said: “We need to keep fighting for entry into the top 4 and believe. Why not do it?”. By the way, Barça is now 5 points behind the leading fourth place at the end of the season in the Champions League.

Brake Gerard Pique sounded concerned: “We are in a critical situation and we need to work together to achieve victories. The youngsters are very good for the future of the club, but right now we need to think about the short term. Results must be achieved. Every game from now on will be like a final.”

Osman Dembele was injured towards the end of the game and was replaced in the 81st minute by Felipe Coutinho. The Frenchman went down on his own and the club are hoping it is only a minor injury. Dembele will be checked in the coming days.