Mancini, “Austria is aggressive but you have to play well at Wembley” 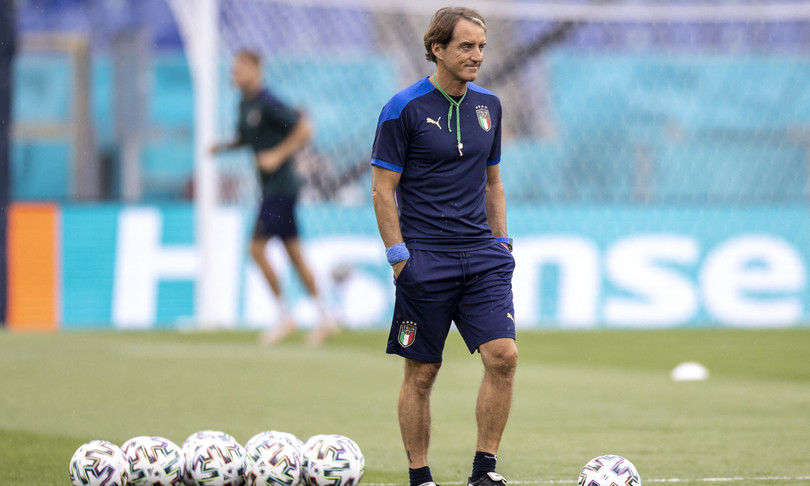 The eve of Italy-Austria it passed between the mystery of whether or not the two teams joined the gesture of kneeling in support of the movement Black Lives Matter, and the attempt to discover some small details about the formations that will take the field, mixed with the anxiety typical of an important match. In fact, we have entered the crucial phase of the European Championship, that of ‘in or out’.

The blue coach Roberto Mancini, in a press conference from the Wembley stadium, he immediately charged and stated that “he came to Wembly with the serious intention of wanting to return.” Playing here is wonderful – he said – we cannot afford to miss anything. Austria is a very aggressive, very physical team. We will play in front of 25 thousand spectators, the atmosphere is different. Of course the one in Rome was optimal, but this European is itinerant, we will adapt. We will play our game from here to the others if we are that good. Wembley is a wonderful stadium where you have to play well “. On the gesture of kneeling, Mancini cuts short:” I don’t want to talk about it. And anyway I’m for freedom, he said.

Before him, in a previous press conference, Leonardo Bonucci he said the team would have a meeting at the hotel to decide what to do. During the press meeting, it was however specified that Austria did not submit a request to UEFA to be able to make this gesture in support of the movement.

Mancini underlining the importance of the Wembley stadium also opened a little memory album referring to the first Azzurri victory in that stadium with a goal from Capello: “I was small at that time, but I remember that victory – he explained – so as I remember the Champions Cup final I lost (with Sampdoria ed). I’ve played here other times, I know this stadium well “.

And speaking of the contagion risk looming again in Great Britain, to the sound of variations, Mancini recalled that the team carried out the double dose of vaccine, “so – he said – let’s be calm”. Speaking about the team, the national team coach said that in terms of choices, guys “they all put me in difficulty because they have all played well up to now. This being able to choose is a great luck for us. As a coach I had a lot of fun. , I want to keep doing it thanks to these guys. Playing Wembley has to be a pleasure, there are players who never get to play it, “he stressed.

Leonardo Bonucci also confirmed that there is enthusiasm and desire to do well: I saw among my teammates faces aware of what we have to do tomorrow “, he said,” now I am interested in all Italians cheering for us ” . The match against Austria “is a very important match, difficult to face but there is a good atmosphere. They have excellent players, they have quality and freshness. We are ready to play our football “. Bonucci stressed that the national team” does not feel superior to anyone. We will have to pay attention to the small details, respect Austria but play our game. ”

On the other side, the coach of the Austrian national team Franco Foda stressed that for his team, “it is a special moment because they are playing an eighth-final match for the first time, plus at Wembley against Italy. a special match for everyone, not only for me, but also for the players, the fans, the staff and the federation. We can’t wait to play and hope to get a good result. “

For Foda it is a sort of derby: “My father was Italian – he says – unfortunately he passed away and in recent years he did not have many relations with his family in Italy because he had moved to Germany for many years. Obviously having had an Italian father. there is a special relationship with Italy, I often go there on holiday and in Italy pasta has a special flavor “.

Italy and Austria will play in a sold out stadium. Uefa has announced that the match has been sold out (capacity allowed just under 22 thousand spectators equal to 25% of the capacity). About 1200 Italian fans (all resident in the UK) are expected in the stands.