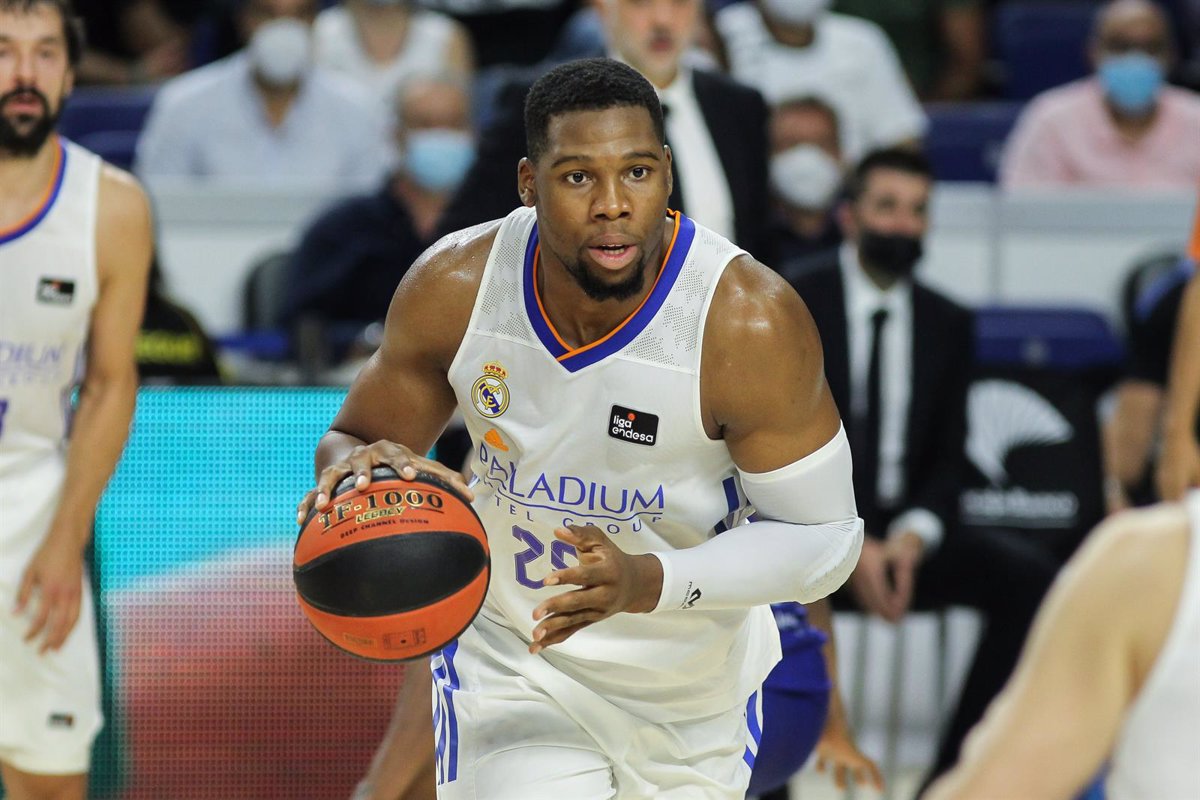 With suspense at the end, the whites take a hard exit to continue up

Real Madrid beat (73-75) this Thursday AX Armani Milano on matchday 16 of the Euroleague held at the Mediolanum Forum, a triumph based on triples and defense that keeps the whites second alone in the table, despite the latest setbacks due to the coronavirus and a demanding square.

Those of Pablo Laso, although the white coach could not travel to the Italian court due to his positive for COVID like Thomas Heurtel, they took a week of continental double game with note. The whites follow a triumph of the leader Barça with a 13-3 that incidentally keeps a Milan at bay that remains 10-6.

The old guard of Sergio Llull and Rudy Fernández, plus the great game of Guerschon Yabusele (15 points, 6 rebounds and a PIR of 22), who arrived physically touched and was not against Alba Berlin on Tuesday, and Fabien Causeu were the weapons visitors. Milan lost control in the second quarter, got hit by the triples, but saved the best for last.

Despite being doubtful, Yabusele threw the team on his back in a great second act that Madrid used as a warning to sailors. The Italians stayed at 8 points in that quarter, including a Shields basket on the horn at halftime (27-35). With the losses in the direction, Llull did not take long to assume gallons, and pressing on defense and a giant Tavares Madrid escaped.

In the battle for the rebound, Melli stood out at the premises, also Hines later, but in attack he still needed Ettore Messina’s team much more. In the second half, Milan was encouraged, began to carbure, but Madrid cut the reaction with triples. Rudy, Causeur and Llull lowered the fumes to the rival and allowed a comfortable income to face the final quarter (53-60).

Yabusele and his compatriot again opened a gap that seemed definitive less than four minutes from the end (59-71), but Milan rose again to leave a heart attack ending. Between Shields and Sergio Rodríguez, with a triple by Datome to finish squeezing it, they rowed so that the local team even had the winning basket, a triple by Delaney who spit the hoop for Madrid’s triumphant return to the capital.