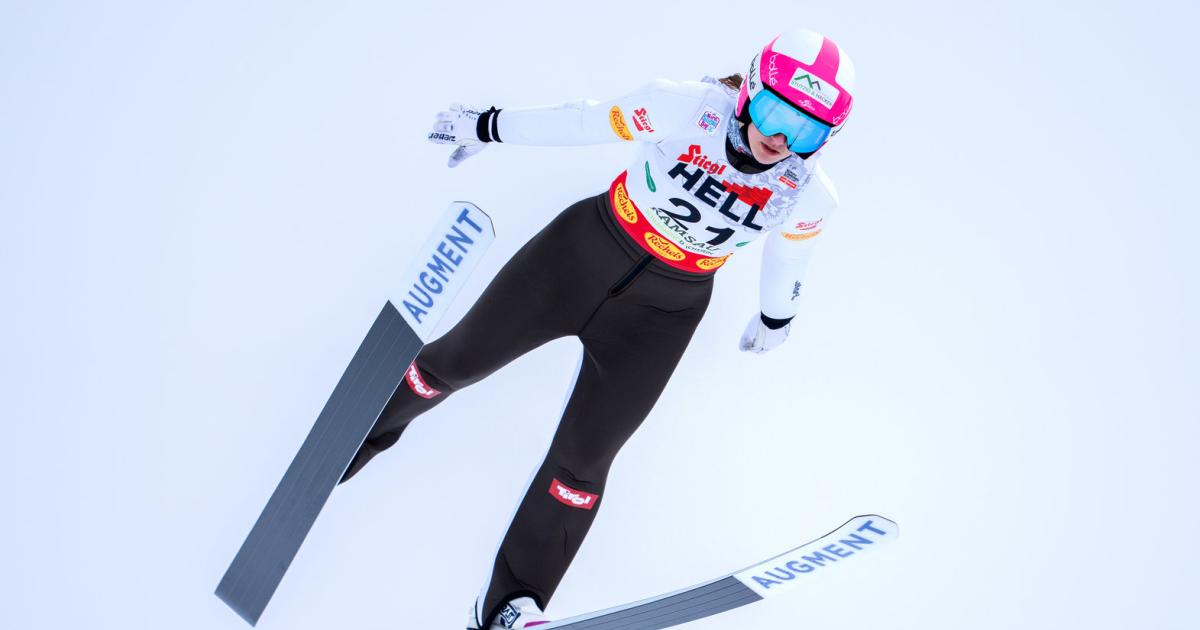 On Friday (jumping at 10.30 a.m., cross-country skiing at 1.30 p.m.) it will be the turn of the women who have celebrated their World Cup premiere here last year. It remained the only competition for the 2020/2021 season.

It was only this winter that the World Cup really took off – and is dominated by the Norwegians. Two weeks ago, Hirner was sensationally third in Lillehammer, but she was unlucky at the next stop in Otepää: 14th place and a disqualification because of her suit put a damper on her.

The suit and luggage fell by the wayside on the return flight; it only came to Austria shortly before the competition in Ramsau. After making small changes, Hirner now hopes “that everything will fit”.

In Ramsau she is hoping for a better ranking again, but one thing is even more important: After the chaos in Otepää, she wants to “find her peace again”.

Maybe it helps that from now on she is no longer a “one-woman-show” in the Austrian team. Her last injured roommate Annalena Slamik is back, debutante Eva Hubinger is there for the first time.

Even if Hirner was not usually alone during training and also worked “with the boys” at the base in Eisenerz, she is happy to see the team return. “We are now laughing again at the dining table and having fun, I really missed that,” says the Styrian. Perhaps this will also bring the looseness back.