Spain: The Government approves the draft of the new Sports Law 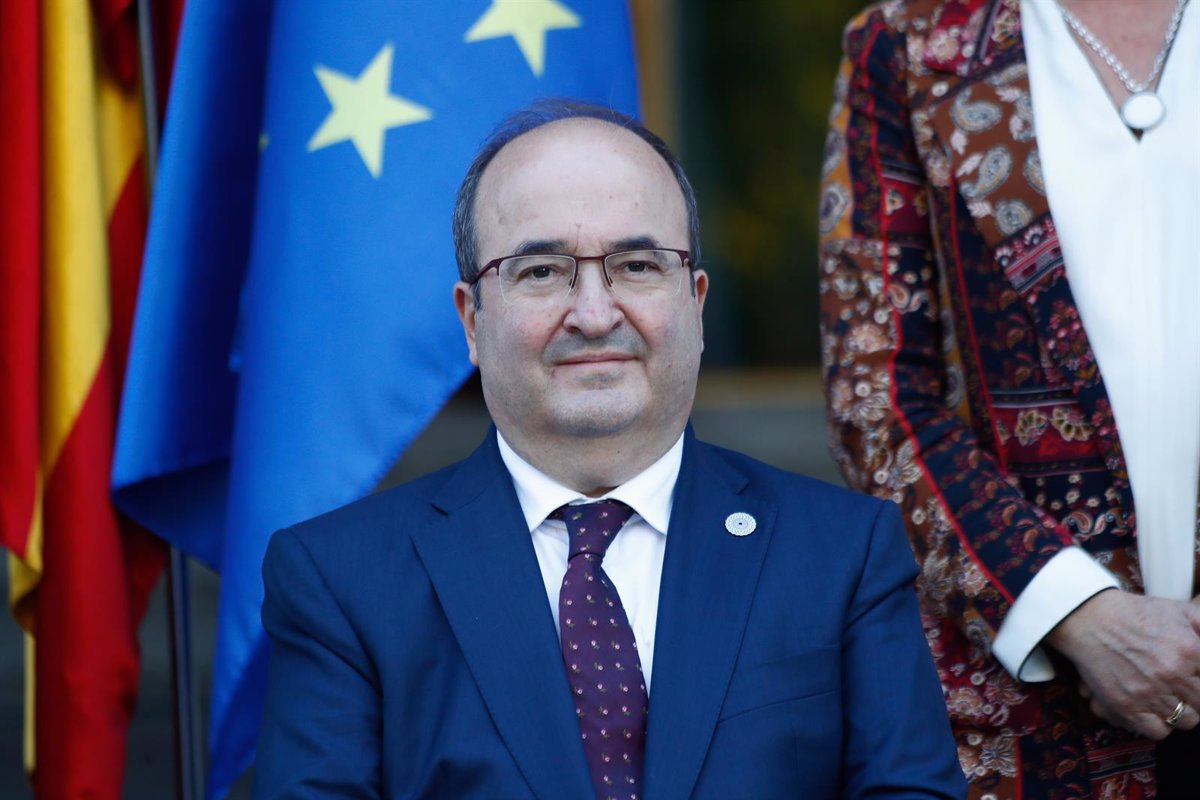 The new text recognizes physical exercise as a right, encourages the presence of women and regulates the athlete and sports entities

The Government has approved this Friday the draft of the new Sports Law that replaces the previous text of 1990 and that, among other innovations, recognizes sports activity as a right, promotes the presence of women in the sector and regulates the figure of the athlete and sports entities.

This was announced by the Minister of Culture and Sports, Miquel Iceta, after the meeting of the Council of Ministers. It is a legislative proposal promoted through the Higher Sports Council (CSD), in which the ministries related to sports practice, autonomous communities, sports federations, unions and the different public and private agents of the Spanish sports ecosystem have participated.

The new text, pending approval in the Congress of Deputies, seeks to update the current 1990 Law and adapt the legal framework of sport to an environment “much more complex, developed and professionalized than that of three decades ago”, indicates the CSD it’s a statement.

The Minister of Culture and Sports, Miquel Iceta, has stressed that it is a law that “advances in values” and has valued its need, by adapting to current sports activity, “which has experienced exponential growth in recent decades” .

“The great objective is that sports practice continues to grow. Sport is an essential contribution to health, to cohesion and to change the habit of citizenship,” Iceta stressed.

Among its main novelties, the proposed Law expressly recognizes the right to physical activity and sport as essential activities; promotes equality and inclusion at all levels; provides security and stability to the different figures of sports people; updates the model of the different entities; and unifies the public and private functions of sports organizations, regulating, among them, the powers of the CSD itself.

In addition to the social dimension, it also includes aspects such as the ecological transition and digital innovation in the sector.

SPORT AS A RIGHT

Article 2 of the draft includes one of the great novelties of the Law: the consideration of sport as an essential activity and the right to practice sports. As established, both must be subject to guardianship by the public powers, providing them with the possibility of implementing plans and policies aimed at promoting sports practice, in addition to setting the minimum security conditions in sports venues and collaboration programs. with federations.

Safety, together with equality, coordination between administrations, respect for the environment and fair play are the sports regulation principles of the new text, which aims to allow access to sport to the greatest number of people, paying special attention to the needs of groups with a greater risk of exclusion.

The draft bill starts from the premise that sport cannot be considered an exclusively male sector that vetoes women’s access to positions of responsibility. To do this, it establishes measures so that entities -public and private- balance the presence of women in their governing bodies, such as the obligation of federations and professional leagues to make an annual report on equality matters, and to have a prevention protocol and action for situations of discrimination, abuse and sexual harassment or for reasons of sex, among others.

The text also promotes equal visibility of male and female sporting events in the media, also ensuring that the media representation of women is free of sexual objectification and sexist stereotypes.

Regarding athletes, the new Law seeks to reduce the loss of rights of women when they become pregnant -such as the loss of the vote in assemblies, the difficulty to reconcile and reincorporation after motherhood, maintaining the vote in the general assemblies and conserving their rights. rights as high-level athletes after this period.

The new Law also specifically addresses the rights of LGTBI people in two senses: eliminating any kind of discrimination and promoting that access and sports practice are always carried out with full respect for the principle of equality.

The text approved by the Government also advances in the promotion of inclusive sport and that practiced by people with disabilities.

Among other measures, the law promotes the integration of all athletes under the same federation, making it mandatory for the different sports modalities to be included under a single federation when the respective international federation has done so.

For these cases, it establishes a weighted representation in the governing bodies of the integrated federations. In this way, the new Law tries to make inclusive sport grow, guarantee the participation of athletes with disabilities in international competitions, enshrine the equality of this group and go hand in hand with the international sports movement.

REGULATION OF ATHLETES AND ENTITIES

The draft law also regulates the status, rights and obligations of athletes, the cornerstone of the new regulation. It establishes, among other things, the definition of professional athlete -registered in the corresponding regime and who receives income for their usual sports practice- and non-professional -the one who carries out his activity within an entity, but without professional category-, and that of high-level and high-performance athlete (the first qualified by the CSD and the second, by the Autonomous Communities).

As rights, the aspects related to representation and participation, health coverage, a system of permits and licenses in the school and work environment and access to studies and agreements with companies and educational centers to guarantee a stable sports career stand out.

For their part, the duties of athletes are mainly oriented towards fair play, the fight against fraud and the need to project a positive image.

Regarding the changes in the obligations of sports entities, the new Law eliminates the obligation of transformation into a sports corporation to participate in professional competitions and opts for a free model; and the mandatory bank guarantee of 15% of the spending budget disappears, with the clubs being able to establish the guarantee percentage they deem appropriate.

In the field of professional leagues, the text establishes governance and transparency measures, and the obligation to have economic control mechanisms.