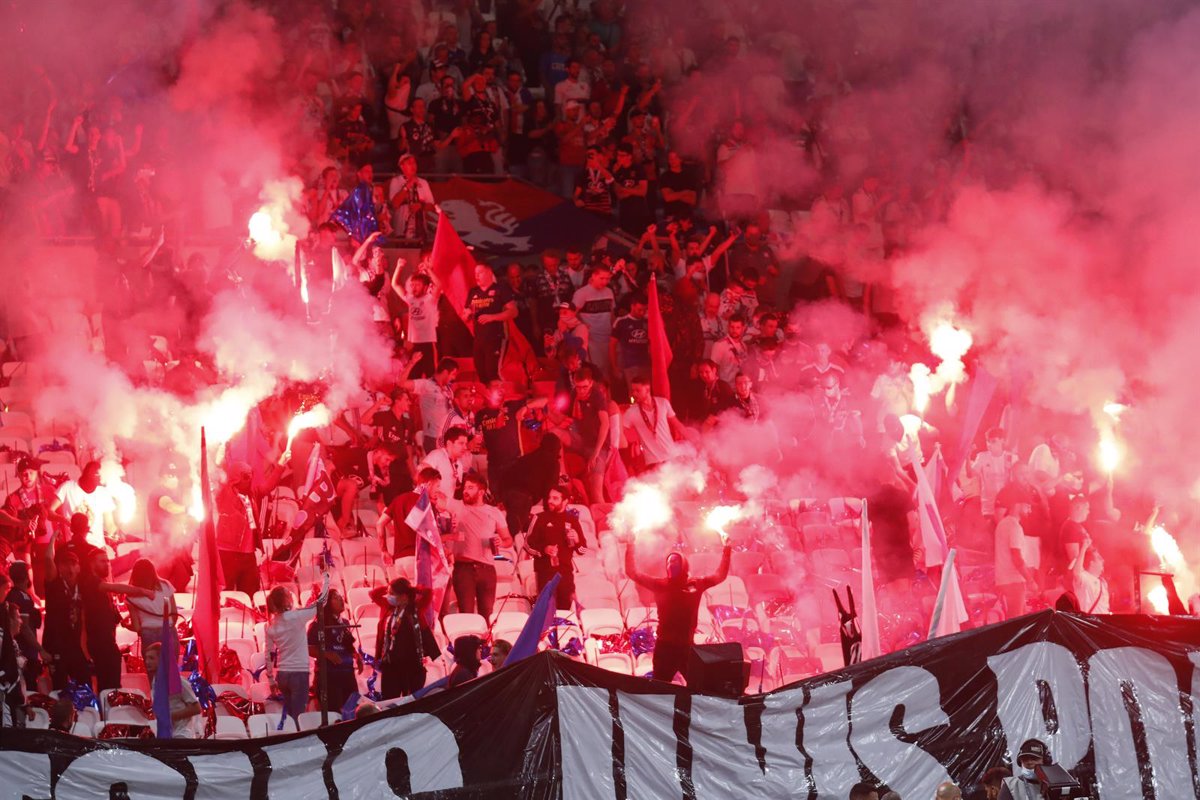 Fans of Olympique de Lyon have caused tonight the suspension of the French Cup match that faced their team with Paris FC, in the thirtieth final of the tournament, after starring in several violent episodes in the stands and invading the field causing the police intervention.

The match was suspended at half-time after violent incidents in the stands, an event that occurs just three weeks after a bottle hit Olympique Marseille player Dimitri Payet during a Ligue 1 match, thrown by Lyon’s supporters. The referee also called off the match and Lyon was penalized with one point.

This Friday the match was suspended when Lyon had just drawn (2-2) against the Parisian Second Division team. The police had to intervene to arrest the numerous supporters who caused impressive movements of the public in the stands of the Charléty stadium, in addition to throwing flares.

At first, and with both teams back on the pitch, the referee decided to delay the start of the second half. But after 50 minutes of waiting, he appeared in front of the public to announce that the match was definitely suspended.