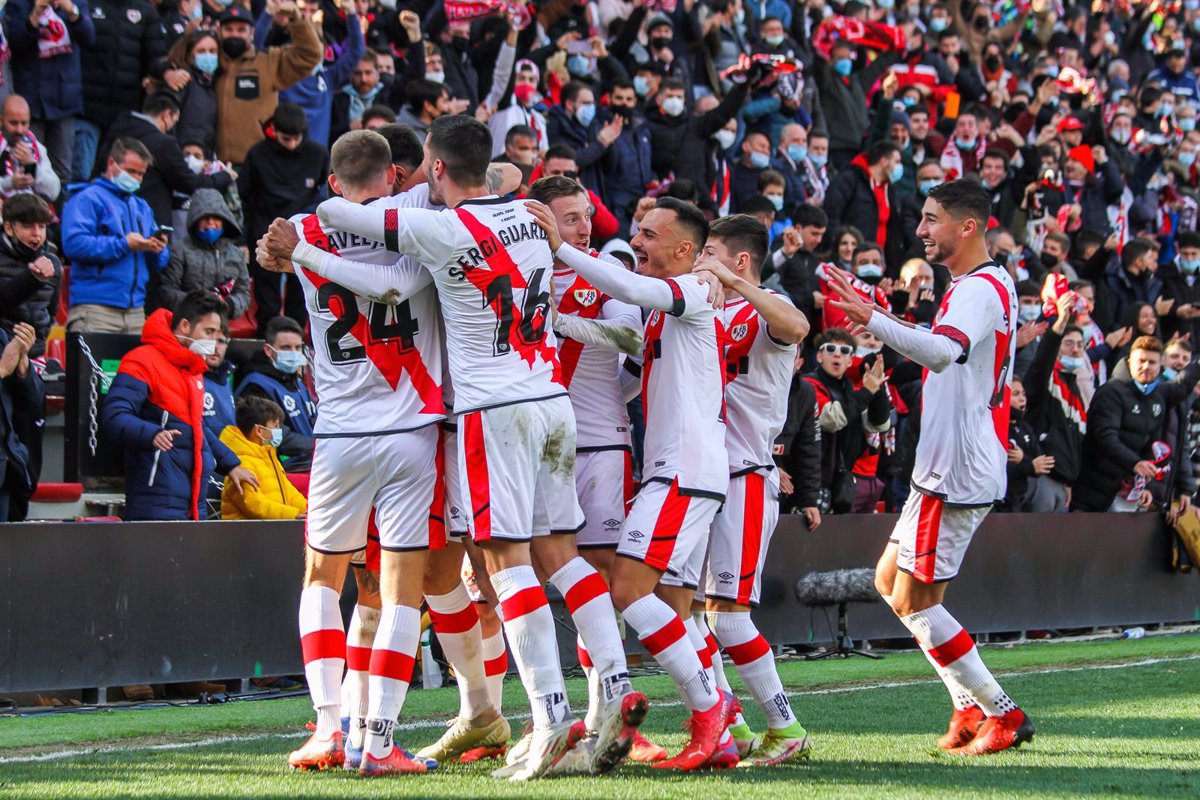 Rayo beat Alavés this Saturday (2-0) in the duel held in Vallecas on LaLiga Santander matchday 18, three points that allow the Madrid players to continue unstoppable towards ‘Champions’ positions, while Villarreal stormed the Reale Arena ( 1-3) with a double from an extraordinary Gerard Moreno, in a match that changed since Oyarzabal’s expulsion.

Iraola’s men set the dizzying pace already usual from the start, with an asphyxiating pressure that quickly translated into the ‘franjirrojos’ first goal, when Guardiola took advantage of a magnificent center to define with a great shot adjusted to the left post. Before the break came the second goal, after a corner kick taken by Trejo and finished off with power by Catena.

Alavés did not start the game badly, with a clear chance from Rioja from the front that Dimitrievski solved, but he could not bear the courage and daring of a Rayo Vallecano led by Óscar Trejo, leader of the local game, starring in practically all the Attack actions of those of Vallecas.

In the second half, Rayo knew how to manage the advantage that that 2-0 gave him and, although he continued to create danger, his main mission was to prevent the arrivals of Alavés, who only approached Dimitrievski’s goal on one occasion, with a Edgar’s shot. Radamel Falcao also had minutes, who was returning after his injury.

Thus, Rayo allows itself to dream of European positions, with an increasingly clear permanence, provisionally fourth while waiting for the day to end. In addition, this victory certifies the reliability of Iraola’s team in Vallecas, while Alavés closes a week of catastrophes, after being eliminated in the Cup and is on the edge of the relegation zone.

For their part, Villarreal conquered the Reale Arena with a resounding victory thanks to a stellar performance by Gerard Moreno that was crucial for the three points to go to Castellón’s team. Real Sociedad continues to be immersed in a deep crisis in the league, after a match marked by the expulsion of Oyarzabal.

Despite the good start of Villarreal, creating a lot of danger and chances but without effectiveness, it was the Basque team that struck first with the brilliance of Isak. The Swede picked up a pass in the left zone to leave behind two rivals, outlined towards his right leg and shot the long stick, impossible for Ryan.

After many attempts and approaches, the tie for the ‘Submarino’ came six minutes later from set pieces, after a strategic play in a corner that Gerard headed in, who is in a sweet spot and has already scored three goals since his return after injury. .

The second half was marked by the expulsion of Mikel Oyarzabal after a serious tackle from behind on Yéremi Pino. The local team was left without its star, forced to wait further back for Villarreal, who from there starred in possession of the ball. This situation was taken advantage of by Emery’s team, which, again with a header from its battering ram after a corner kick, scored the 1-2, to live comfortably for the remainder of the game.

Until the 90th minute, when the Real had the draw at Sorloth’s feet, but a tremendous stoppage of Rulli’s reflexes prevented the deed of Alguacil’s. The ‘Submarino’ closed the victory with 1-3 with the locals overturned, after a pass from the yellow ‘7’ that Chukweze culminated in 95 ‘. The Basques remain in the European zone living on income and the yellows finally win away from home to continue recovering positions.