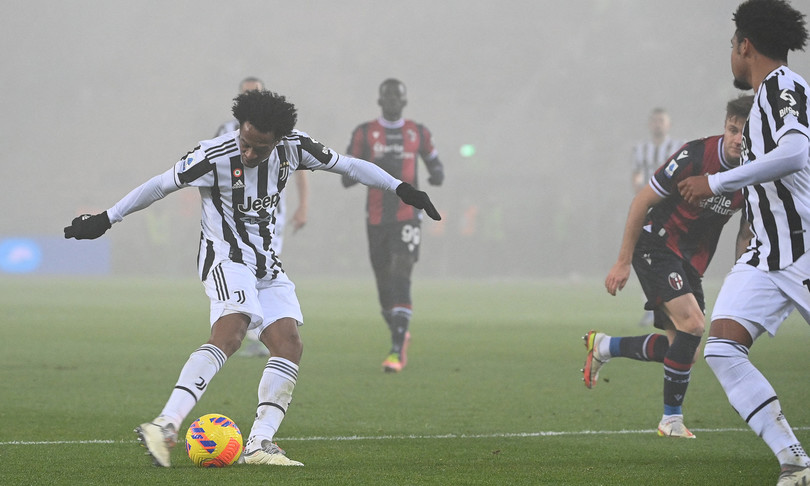 Juventus forgets the draw in Venice and wins on the difficult field of Bologna, catching Roma in fifth place and temporarily overtaking Fiorentina.

In the fog of the Dall’Ara it ends 2-0 thanks to goals from Morata and Cuadrado, one for time. Third knockout in a row for Mihajlovic’s team, which risks slipping to the right side of the standings.

Six minutes on the clock and Bianconeri immediately took the lead with Morata, who takes advantage of a restart and Bernardeschi’s assist to sign the 1-0 Juventus.

The rossoblùs still try to get out of their shells and in the 22nd minute they almost equalize with a stunt from Svanberg, which coordinates for an overhead kick sending very little to the side.

In the second half, Bologna continued to press and in the 66th minute scared Szczesny again with a right at the Dominguez near post, but a few minutes later a Cuadrado’s pearl (with Hickey’s deviation) leads Juventus to 2-0.

It is the goal that actually brings the Emilians to their knees and certifies the success of Allegri’s team.