Napoli wins San Siro thanks to a goal from Elmas. Milan mocked by the Var 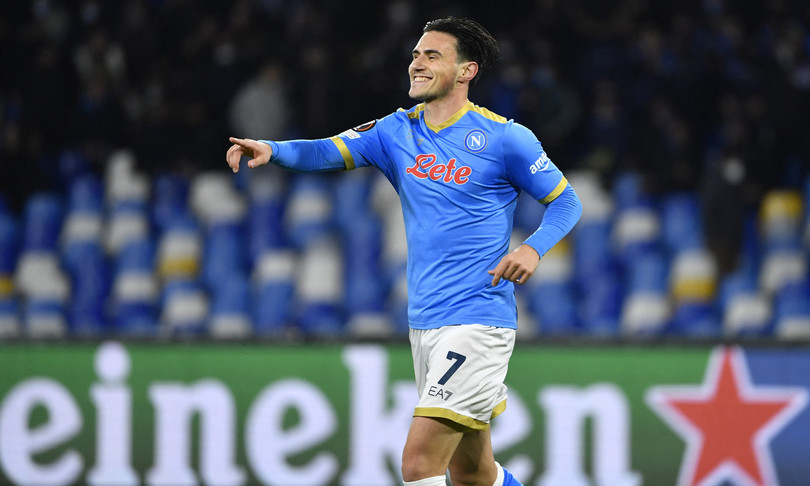 – Napoli hits San Siro and wins against Milan, redeeming the last two consecutive defeats. It ended 1-0 thanks to Elmas’ opening goal but in the final the Var intervention was decisive in undoing Kessie’s equalizer which arrived in the 90th minute (active offside by Giroud).

Dynamic similar to that which led to the cancellation of Atalanta’s possible 2-2 against Roma, and which triggered Gasperini’s protests in the post-match Gewiss Stadium.

With this success Spalletti and his team they grab the Rossoneri at 39 points, taking second place in the standings. Third defeat in the league instead for Pioli’s men. Inter thanks and flies to the top at +4, also graduating as winter champion.

Not even five minutes passed and the Neapolitans hit the Rossoneri cold, breaking the scoring with an Elmas header on Zielinski’s perfect corner. The hosts try to react and at 18 ‘close to equal with Ibra, who hits the head on a cross from Ballo-Toure, sending very little to the side. The same fate, later, for Florenzi’s first intention left-handed from distance, hissing a breath near the pole to Ospina’s left.

Only close to the interval do the Azzurri return to show themselves dangerously, with a double conclusion by Lozano rejected first by Romagnoli then by Tomori. The start of recovery is crackling and offers two potential opportunities, one on each side: on the one hand Ibra commits Ospina to raise for a corner, on the other Petagna lets himself be reassembled by Tomori before the conclusion.

Milan insisted and in the 68th minute showed up again with a shot from distance by Messias slightly out, then increasing the pressure in the final for the last desperate attempts to assault the Neapolitan area. At 90 ‘the equal of Kessie would arrive, but an active offside by Giroud on the touch of Ballo-Toure, leads the referee to cancel thanks to the intervention of the Var.