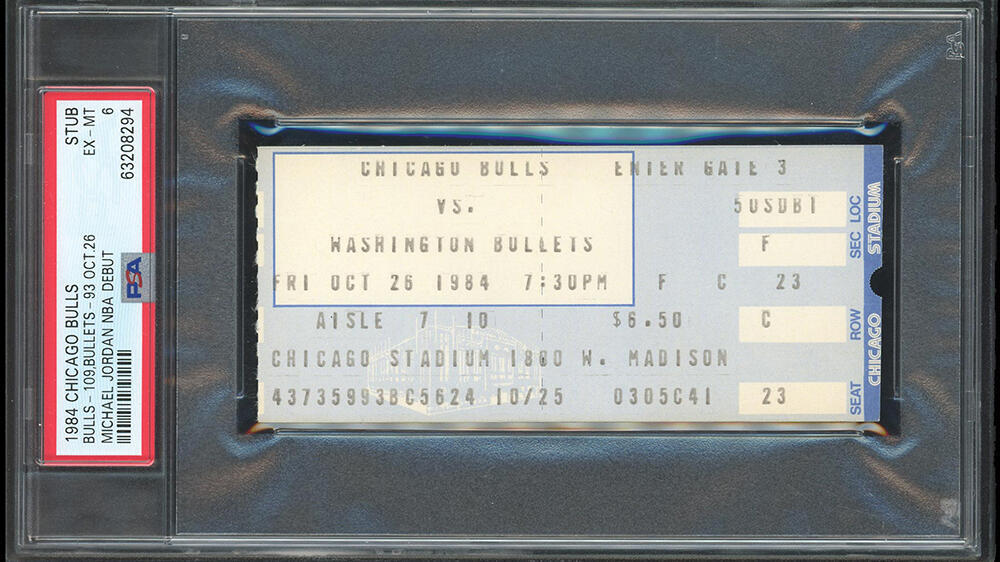 The NBA star began his basketball career with the Chicago Bulls, in a game on October 26, 1984 against the Washington Bolts. This is the highest amount ever paid at an auction for a sporting event ticket

A 1984 ticket to Michael Jordan’s NBA debut game went on sale Thursday for $ 264,000, the highest amount ever for a sporting event ticket paid at auction.

The ticket also received the highest authenticity rating given to a ticket to a sporting event, according to the auction house Huggins & Scott Actions that held the sale.

The sale took place online between December 3-16 with a starting price of $ 5,000. Fifty bids were received that helped raise the price to $ 264,000, including commissions.

The previous holder of the record was a ticket to the third baseball game at the 1903 World Series between the Boston Americans and the Pittsburgh Pirates, which was sold in October by Christie’s for $ 175,000. This was considered to be the first modern World Series series.

Jordan (58) began his Chicago Bulls basketball career in the Oct. 26, 1984 game against the Washington Bolts. In the 40 minutes he played he scored 16 points. The rest of his stats were: 6 rebounds, 4 blocks and 7 assists and the Bulls won 109-93. Jordan is considered the best player in history, and his list of titles includes 6 championships, 5 MVP wins and 14 All-Stars picks.

Souvenirs from Jordan’s NBA games have always been considered especially popular for sports collectors, and their value has risen even more since the Netflix documentary series “Michael Jordan: The Last Dance” aired.

Last October, Nike Air shoes he wore at a league game on November 1, 1984, were sold for close to $ 1.5 million at an auction held at the Sotheby’s auction house in Las Vegas. In this case, too, it was a record amount.