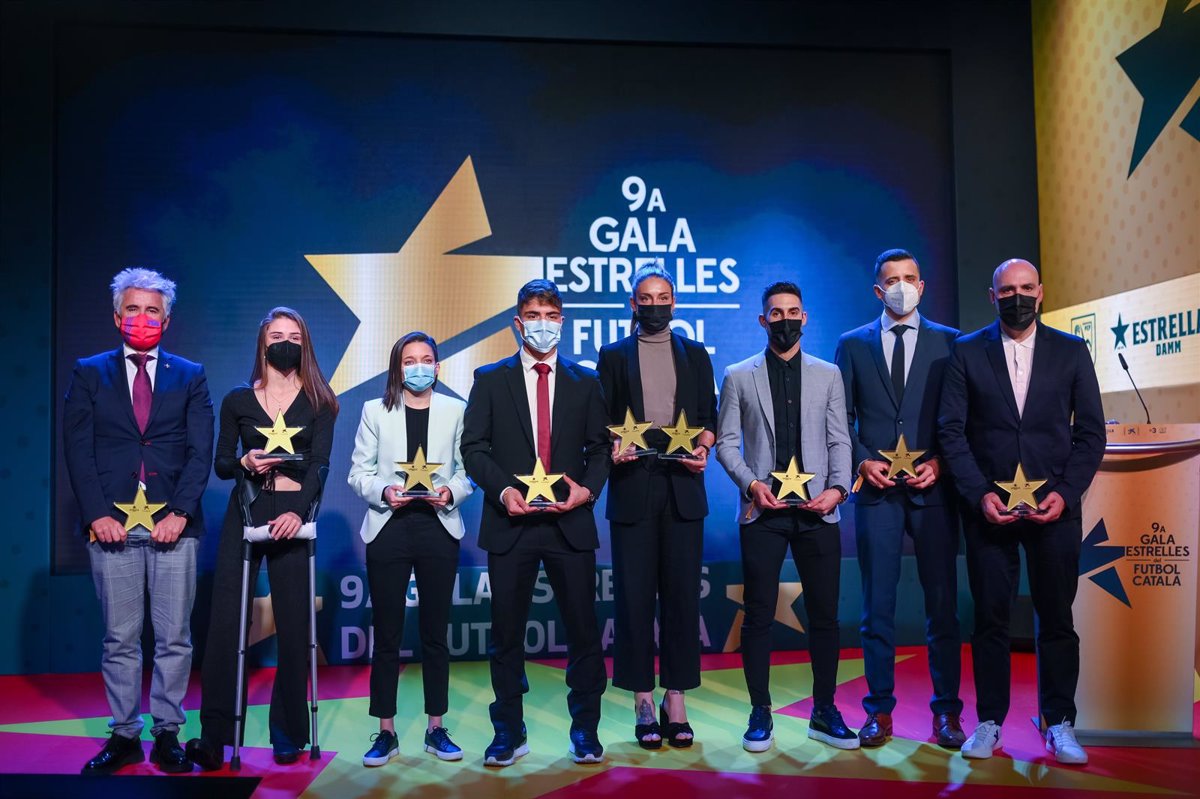 FC Barcelona player Alexia Putellas and Villarreal CF player Gerard Moreno were chosen on Monday as the best players and top scorers of the year 2021 by the Catalan Football Federation (FCF) at the 9th Gala de les Estrelles.

The Blaugrana footballer, winner of the Women’s Ballon d’Or or best player in Europe for UEFA, closes an exceptional 2021 at the Barça Women’s level – with the treble – and individually with this distinction from the Catalan federation.

“I am very happy to be here again and that the Gala has been able to be celebrated. I am living a very sweet moment and with great intensity, enjoying every moment. For me it is a pride that the new players notice me and want to follow in my footsteps “, he valued.

For his part, Gerard Moreno was chosen as ‘Best Player’ of the year and thanked the award through a videoconference. “I am very excited to receive this recognition. I feel good, already recovered, and I hope that the injuries will respect me from now on,” said the forward, ready to score again.

The awards for ‘Best Soccer Coach’ and ‘Best Futsal Coach’ went to Manchester City coach Pep Guardiola and Javi Rodríguez, respectively. Guardiola, also from a distance, assured that “success and victory” would “seduce” him to continue training.

He briefly assessed the current situation of FC Barcelona. “Xavi Hernández is an excellent coach who feels unconditional love for Barça. I am convinced that he will get away with it, he is carving out a promising future with some extremely talented young people who will place the club where it belongs. You cannot always win, you have to be patient, “Guardiola said.