Julen Lopetegui: “The expulsion has come when we were better off” 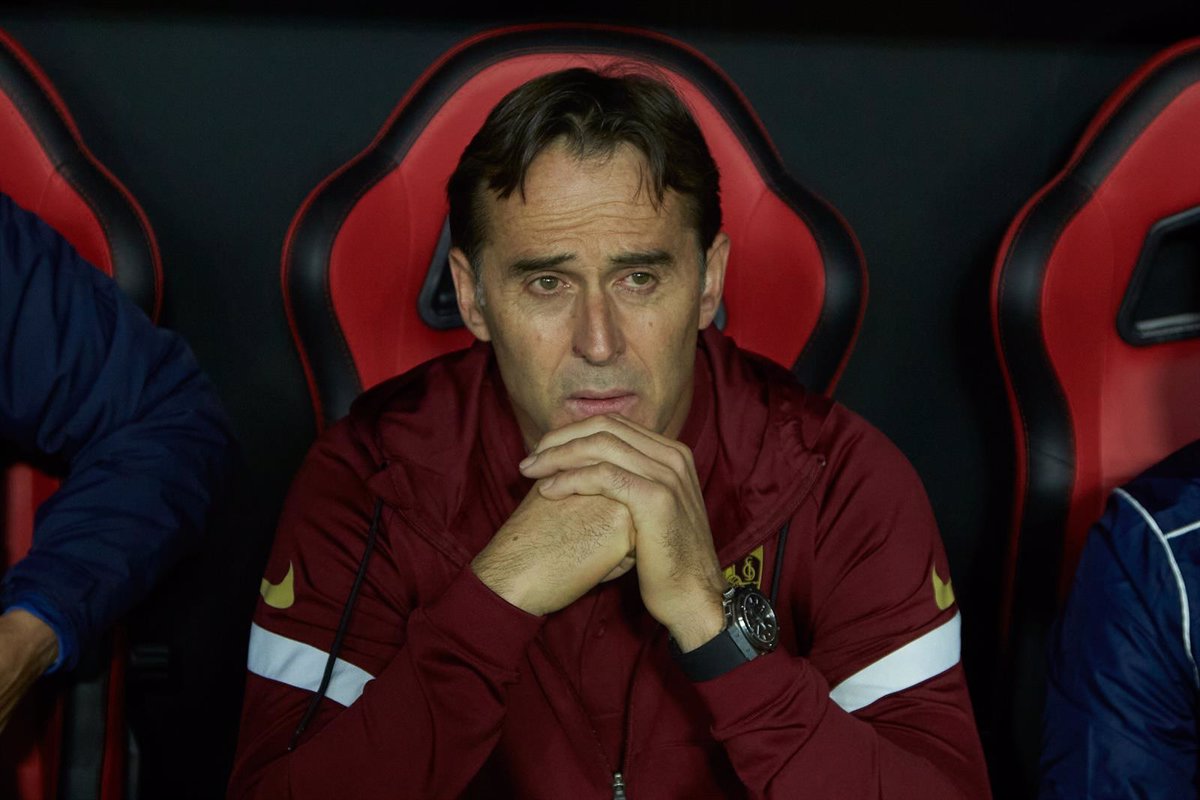 Sevilla FC coach, Julen Lopetegui, regretted that Jules Koundé’s expulsion came when they were better playing against FC Barcelona (1-1), in a match of which he was “proud” for the “titanic” effort of his players in a month of “great difficulties” for the Andalusian team.

“I value the tie in a positive way, the team has done a great job against a great team. Barça is a great team even if they want to tell us that it is not. They have a great generation, they have found a lot of talent at home and united to his soccer idea because it will go up yes or yes, “Lopetegui analyzed at a press conference.

“I think the expulsion came when we were better off. We were ahead of Barça in the second half, just as we were behind in the first. I had the feeling that the team was ahead, but with the expulsion another scenario came and we played Another extraordinary game. We had 13 players out of 25 at our disposal. A lot of things have happened to us and we must congratulate the team. The effort is there, “said the Sevilla coach.

In addition, Lopetegui highlighted the “positive things” beyond criticizing the goal received in a corner. “There are always people who see the speck of dust in a beautiful box, we have conceded a goal and we do not like to conceal strategic goals. Araújo is extremely well headed and the rivals are also good, they are a great team,” he said.

Regarding the start in the final act, the coach of the Nervionenses assured that they filled “more field in the second half.” “In the first one, it was difficult for us to get out. It was not a Rafa Mir issue, it was a collective issue. I don’t remember any occasion for Barça and in the second, Dembélé’s shot at the post and it is true that he dominated us, but my team has done a great job, “he stressed.

Asked about the red one, Koundé affirmed that it was “a bad day” for his center. “It happens to you, it happens to me. A reaction at the wrong time, he is very intelligent but also very young, and as a young man he is wrong. He will also learn from this, he has fallen into the opponent’s trap and they have sent him off. Now playing 11 Against 11 against Barça it is complicated because with 10, more difficult, “he pointed out.

“I do not think people are aware of the difficulties we have had this month. We have played with a base of 14 players and against level rivals. The team has made a titanic effort, the reality is that, and I want to congratulate They and the boys from the subsidiary. I’m happy for the boys who have had the opportunity to debut in LaLiga, “he concluded.