Inter wins 1:0 over Turin and ends the year at the top 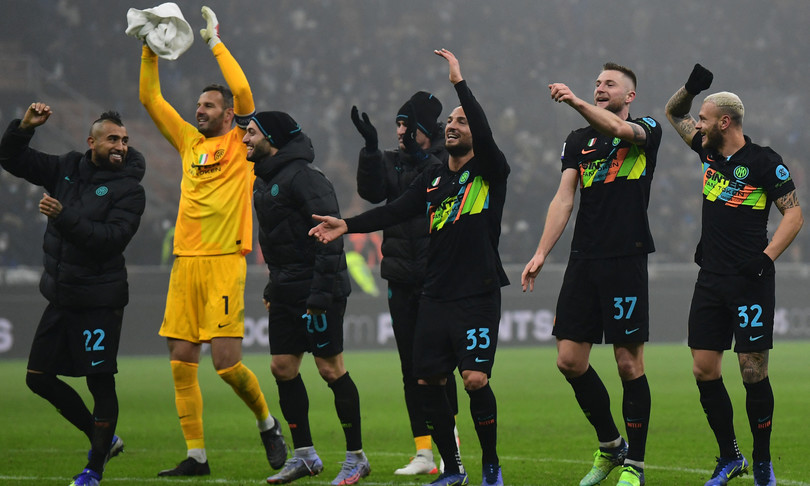 Inter make no mistake with Turin, they take their seventh consecutive success in the league and try to escape to the top while awaiting the results of Naples and Milan. At San Siro ends 1-0 thanks to a goal from Dumfries, which gives the last 3 points of 2021 to Inzaghi’s team, momentarily +7 compared to rivals in second place.

After two victories in a row Instead, they return to lose Juric’s men. Very lively first half at San Siro, with the Nerazzurri trying to play the game but risking to go under at 18 ‘on the occasion of a shot by Pjaca, who comes out by centimeters with Handanovic motionless.

A couple of minutes later too Bastoni has a great chance on the other hand, but he delays the conclusion too much by being blocked by the defense. In the half hour, however, Inter unlocked it thanks to Dumfries’ goal, which concluded a lightning-fast restart led by Dzeko.

A little later Lautaro would have the chance to double, but after missing Milinkovic puts aside with an empty goal. In the second half the pace drops dramatically and in fact nothing more happens, with Torino trying without too much conviction and Inter defending themselves with order. In the final, the Nerazzurri almost doubled with Sanchez, unlucky in hitting an outside post with a right from the edge of the area.