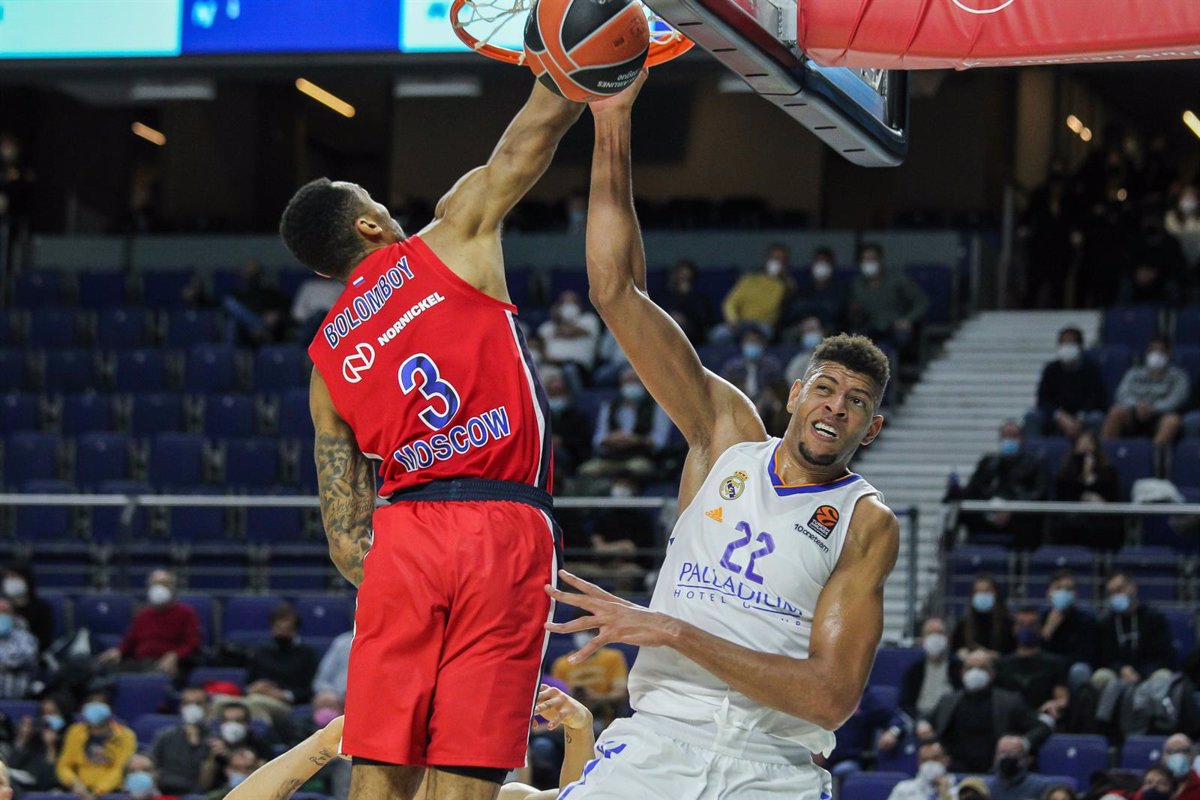 The whites, with only six professional players, shoot with pride to bring down the Muscovites

Real Madrid forgot the coronavirus outbreak that has affected the locker room to beat CSKA Moscow (71-65), with only nine players -three of them debutants- in a match on day 17 of the Euroleague that delighted the WiZink Center when the night looked very black, the most in recent years.

Pablo Laso’s team, which has also tested positive for COVID, arrived at the appointment with many doubts and with the unknown – throughout the day – of waiting for a possible postponement of the Euroleague. The Adam Hanga contagion was the last of the half dozen that Real Madrid has. The company was the most difficult, but the meringues faced it without fear.

With Chus Mateo on the bench replacing Laso, the capital team offered a whole recital of pride, strength, work and perseverance, the best arguments to knock down a CSKA who played with everything in the Palace and could not get a cut. The whites, who had registered three youth players the day before, went out like motorcycles in order to intimidate a rival who was not expecting it.

The response was brutal and Tavares led an 11-0 run in just four minutes. The Cape Verdean pivot was the best of the game and threw gallons to reign under the hoops. Rudy, despite his discomfort, also helped from the perimeter by putting electricity into the match; and William-Goss was vital in the direction, especially in the closing stages of the game.

The Muscovites corrected their poor start with Clyburn’s points and returned the balance to the scoreboard (35-33) before reaching the break, even turning it over shortly after (35-40). The ‘normality’ took over the party, whose equality lasted until the equator of the third act (56-55), when Nikola Milutinov began to carbure under the rings. Everything indicated that the awakening of the Russians would have its reward in the second half.

CSKA went further and blocked the rapid transitions of Real Madrid, which never put chloroform into the game, on the contrary. The meringues accelerated the game to the disbelief of their rival, who continued to be stuck in defense, especially with the rebound, when the score was more expensive and thus compromising the Spanish.

But the pupils of Dimitrios Itoudis did not succeed and it was then that the old Palacio de los Deportes went crazy with a dream ending. Tavares pounded to the delirium of the stands, Llull sentenced from the perimeter and Rudy continued to lengthen his beautiful battle with ‘Chacho’ Rodríguez for being the second best tripler in the entire history of the Euroleague.

To round off the victory, youth squad Urban Klavzar – signed by Real Madrid at the age of 14 – was the best with 10 points and a couple of triples, while Sediq Garuba and Baba Miller also contributed their own in what was a debut glorious that they will never forget. Laso’s men follow in the wake of Barça and remain unbeatable in the heat of their audience.