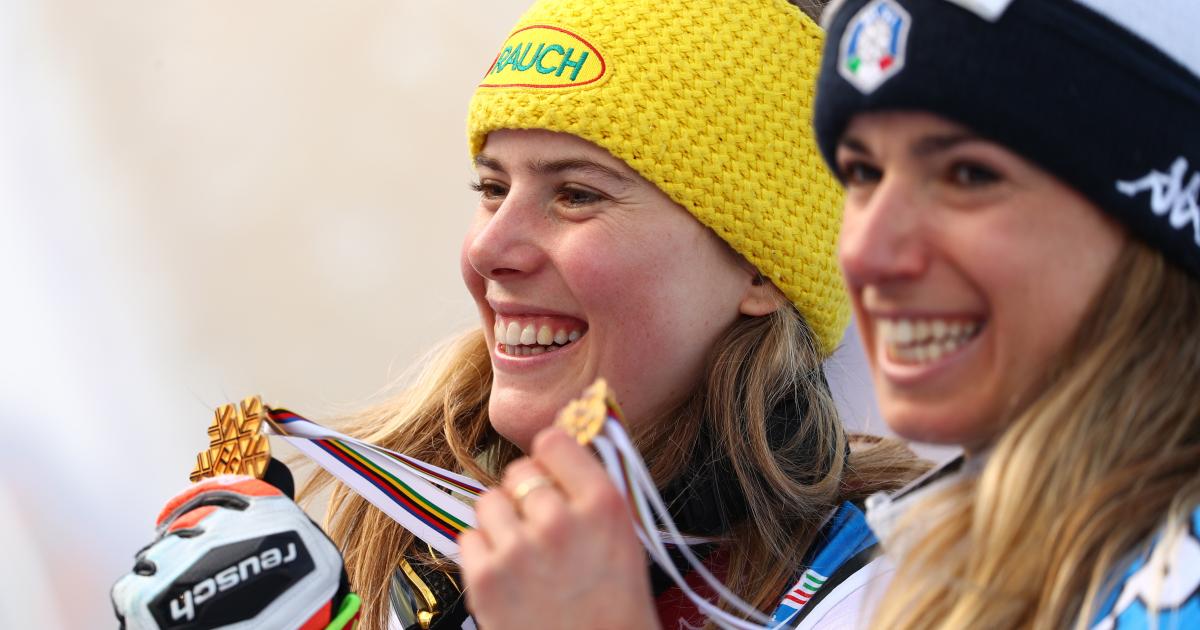 Excitement and dropouts, oops and eye-catchers, slapstick and curiosities, mishaps and embarrassments – the sporting year 2021 had a lot to offer again. The bizarre first part.

A year 2021 marked by historical successes as well as sporting lows is drawing to a close. And as sport is all about, it is not immune to bizarre and often comical situations. As every year, the KURIER looks back on the 100 most bizarre stories of the last 12 months.

1. Stefanos Tsitsipas disappears in the tennis tournament in Toronto during his quarter-final game for eleven minutes in the toilet.

2. Soccer star Cristiano Ronaldo lets his sick cat fly from Turin in a private jet to the vet in Madrid.

3. Belongs to the FIS Future Working Group Peter Schröcksnadel (80) an.

4. Belongs to the FIS Future Working Group Bernie Ecclestone (91) an.

5. In the final game of the Football Club World Cup two assistant referees are deployed in Qatar.

6. Sheikh congratulates at the award ceremony of the Club World Cup Joaan bin Khalifa All Thani all participants, except the assistants.

7. Cross-country skiers Alexander Bolshunov (RUS) was disqualified in the World Cup relay because he hit the Finn Joni Mäki with a stick and knocked him over.

9. A car wash employee does the Ferrari 812 Superfast a jaunt and wrecks the car.

10. ORF ski expert Thomas Sykora falls in Val-d’Isère during his tracking shot in the giant slalom.

11. At the soccer match Rakow . Kazan It’s raining so hard that the names and numbers come off the guest jerseys.

12. Moto-GP-Pilot Enea Bastianini (ITA) crashes into the rear of his Ducati colleague Johann Zarco on the way to the start in Mugello and destroys his motorcycle.

13. Wayne Rooney, Derby County coach, plays in the training match as he only has nine players left.

15. The trainer of the Iranian women’s ski teams is not allowed to travel to the World Cup because her husband does not give her permission.

16. At PGA tournament in New Orleans, golfers have to take a break as an alligator walks across the course.

17. Dieter Schatzschneider (63) is the top scorer in the 2nd German Bundesliga with 154 goals.

18. Dieter Schatzschneider A hit from 1979 is retroactively revoked by video evidence.

19. Simon Terrode (Schalke) scored Gate number 154 in the second Bundesliga and is the new record scorer.

20. At the 1st stage of the Tour de France a bystander holds a cardboard sign in the street to greet her grandparents and triggers a mass fall.

21. Stefanos Tsitsipas disappears into the bathroom for eight minutes during his semi-final game at the tournament in Cincinnati.

22. Snooker-Star Mark Williams falls asleep in the chair during his game at the UK Championship.

23. At the Women’s handball world championship in Spain four players from Cameroon disappear without a trace.

24. That Europa League quarter-finals between Granada and Manchester United takes place without spectators.

25. At the ghost game Granada . ManUnited a naked speedster runs across the field.

26. At the Ski-WM in Cortina Katharina Liensberger is stopped in the final of the parallel race at the same time as Marta Bassino and declared vice world champion.

27. Katharina Liensberger found out half an hour after the race that she was also world champion.

28. Footballer Rami Kaib (Heerenveen) breaks his jaw when biting a carrot and falls out for a long time.

29. Fernando Alonso retired from the Formula 1 Grand Prix in Bahrain because the paper in a sandwich packaging got caught in the brake shaft of his car.

31. The referee whistles for the game Gaziantep . Kasimpasa after 95 minutes and sends the players into the dressing room.

32nd The referee gets the players out of the shower and sends them back onto the field for four minutes.

33. At Women’s ski jumping world cup In Titisee-Neustadt, the jumpers wear start numbers with “We are mattress” written on them in large letters.

34. The soccer World Cup qualifier Switzerland – Lithuania Cannot kick off because one of the goals in the St.Gallen stadium is five centimeters too high.

35. US television stations do not show any pictures from Curling-Olympiaqualifikationsturnier in Leeuwarden (NL), because there are advertisements for sex toys on the ice.

36. The statue of a Sumoringers at the Olympic riding facility in Tokyo looks so lifelike that the horses are frightened and don’t want to jump over obstacles.

37. Zyad Zolkefli (Malaysia) wins with the Paralympic Games in Tokyo with 17.91 meters of gold in the shot put.

38. Zyad Zolkefli the Olympic victory is revoked because he was three minutes late for the competition.

40. At Tennis tournament in Rome the chair referee calls the security forces for help via radio because the player’s father Camile Giorgi is attacking her.

41. At the prologue to Tour of Romandie a hobby cyclist meets the French professional cyclist Rémi Cavagna.

42. Tennis-Star Andy murray traditionally ties his wedding ring to the straps of his shoes during the games.

43. Tennis-Star Andy murray in Indian Wells has his tennis shoes ventilated under his car because they are so “smelly.”

44. Andy murray needs explanation from his wife because the shoes and the wedding ring disappear overnight.

45. Aston-Martin-Pilot Sebastian Vettel drives into the McLaren pit during training for the Formula 1 Grand Prix in Mexico.

46. ​​The soccer team of Belenenses against Benfica Lisbon because of numerous Covid cases with only nine players.

47. Belenenses are back against Benfica Lisbon at halftime 7-0.

48. After the break, there are only 7 Belenenses player from the cabin.

49. The referee breaks the game Belenenses . Benfica because goalkeeper Joao Monteiro, who has to help out as a field player, is injured.

50th tennis bully Nick kyrgios throws the bat out of the stadium out of frustration at the River Open in Melbourne.