the final at Wembley is not scary 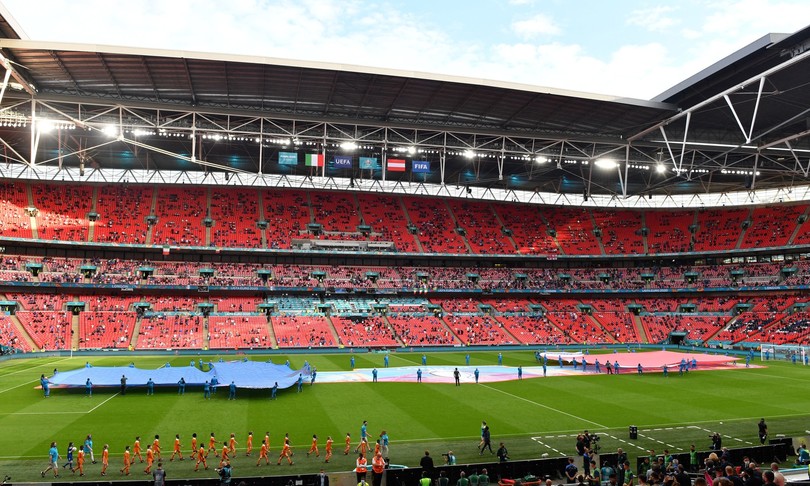 ` – “The final of the European Championships will take place in Wembley” is the reply of the British Minister of Health Matt Hancock to Mario Draghi and Angela Merkel who in recent days, in a press conference in Berlin in view of the European Council in Brussels, had advanced the hypothesis of a move from the final match of the event, due to the risk of the Delta variant of the virus.

“I hope UEFA acts responsibly. I would not find it good that there were full stadiums there, ”commented the German Chancellor. The World Health Organization has also expressed its concern over the easing of anti.Covid restrictions on European football championships.

An appeal which, however, will not be accepted: the English government and UEFA have signed an agreement that provides for at least 60,000 spectators admitted to the stadium for the two semi.finals, and the final on 6, 7 and 11 July. Boris Johnson closes the matter by stating that Britain is looking forward to organizing a fantastic final, in a prudent and safe way.

The desire for football, goals and celebrations is such as to have covered the discussion on the possible risks of a final to be played in London– With the artificial intelligence algorithms of * Kpi6 we record a very limited peak of conversations on social networks, on the day of the press conference in Berlin (June 21), and then go down and flatten out in the remaining days of the week. In Italy, the conversations were concentrated in the large metropolitan areas of Rome and Milan without spreading to the rest of the country, never entering the flow of mainstream and trending topic discussions.

# Euro2020 is much more used than “responsible Uefa”, “London final” and “Wembley final”. On the official UEFA social media accounts, no reference is made to a possible move of the match venue, the argument is not even hypothesized, despite the statements of two important prime ministers such as Draghi and Merkel.

In these hours the possibility of allocating the final to the Olimpico in Rome was also discussed, a hypothesis on which Draghi replied without hesitation: “Yes, I will do my best to ensure that the European final is not held in countries where contagion is growing”. A possibility that the mayor Virginia Raggi confirmed: “we are ready”.

Move the European final to Rome? We are ready. After the successful opening of UEFA2020, Rome and Italy have shown that they know how to organize major international events. #RomaEuro2020 #EURO2020

In June, the conversations about football and the pandemic never overlapped, the audience kept the sporting aspects strictly related to the competition, and the health risks due to covid, clearly separated. The conversation volume curve on # Euro2020 never engages with either the final discussion at Wembley or the Covid discussion. Enthusiasts and fans prefer to keep things separate, without focusing on the health consequences and implications, evidently fatigue prevails, after a year in which there was mainly talk of infections, vaccines and green.passes.

Suffice it to say that although the pandemic is not yet under control, the spread of new variants is worrying and the vaccination plan is not concluded, the conversations on the covid associated with the European championships occupy just 24% of the total volume. There is very little talk of a possible shift in the final, just in 1% of cases, despite disappointment and anger being the prevailing feelings. An analysis of the emotions that can be obtained within the contents also highlights unusually high values ​​of joy and admiration, with reference to the final stage of the sporting event, in London.

Watching #FROM #FOR– We didn’t have the easiest group to play in this edition of the #EURO2020 but that only makes the matches more interesting! https://t.co/MsWFm7uq2l pic.twitter.com/DfEGM1mKu8

Football, fans who return to the stadiums, a desire for a restart and normality, a sporting passion that starts from Europe and reaches the International Space Station. The tweet of the French astronaut Thomas Pesquet who watched the Portugal.France match connected from space went viral.