Basketball: Barça, to close the year close to Real Madrid 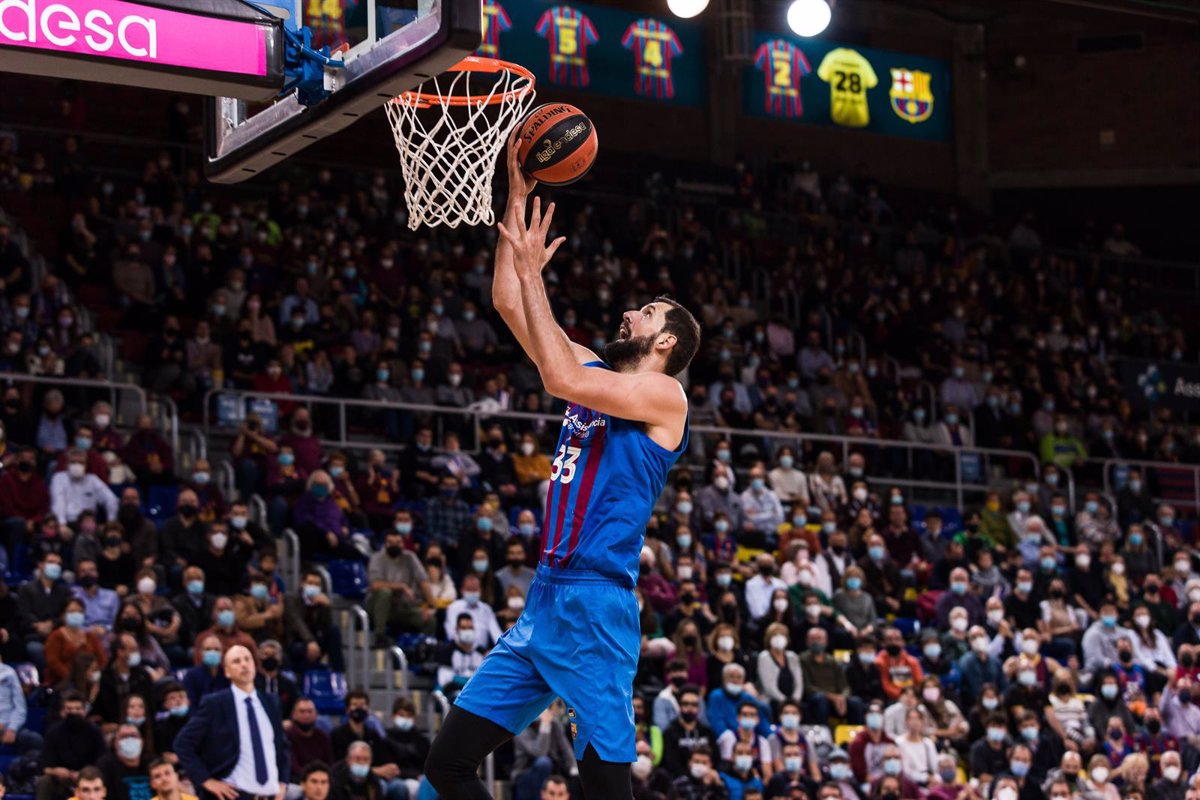 The Endesa League disputes matchday 15, the last of 2021, pending the coronavirus

Barça plays this Tuesday matchday 15 of the Endesa League against MoraBanc Andorra with the intention of closing the year glued to the leadership of Real Madrid, in a final date of 2021 that has two games postponed due to different outbreaks of coronavirus.

Spanish basketball is not spared from the rise of the pandemic in the month of December which, for now, canceled the Joventut – Real Madrid and Lenovo Tenerife – Valencia Basket matches. The day is played during the week, after the Christmas Holidays and before New Year’s Eve, also avoiding a Euroleague date.

For Barça, second in the table with 11-2, it means resuming the domestic competition since the last day they could not play it due to the COVID cases at BAXI Manresa. The Barça team, who had a positive from Pierre Oriola at Christmas, is confident of continuing their good dynamics, with the only recent blur against Bitci Baskonia.

The culé team returns to the Palau in the League precisely since that defeat at the beginning of December, after showing an iron fist in Europe, with the epic comeback against Unics Kazan as the latest example. He will face a Morabanc who on Sunday announced a second case of coronavirus in his squad and who is down with five victories.

With the covid alert through, the leader Real Madrid (13-1) will not play this matchday 15 that begins on Monday, knowing that the new year will begin with the Clásico against Barça on the 2nd. Joventut, who is third (9 -4), will take the opportunity to recover his match on matchday 11 against Río Breogán, but the week was left without a high-altitude duel between Tenerife and Valencia, both in the eight victories that mark the Cup zone.

The tickets to be in Granada enter their critical phase, with eight teams in two victories. Fourth is BAXI Manresa, which will return to the courts on Thursday against Monbus Obradoiro in the hope that the stoppage forced by covid does not change its great dynamic of results against a rival from the lower zone.

Meanwhile, UCAM Murcia also defends a ‘Top 8’ place on its visit to Gran Canaria on Monday, a team that also announced in this preview a positive for coronavirus and one of the candidates to fight for a ticket to the Copa del Rey that It takes place from February 17 to 20. In addition, Baskonia will face Casademont Zaragoza in search of the ninth win and another step in their improvement.

Neven Spahija, who arrived in Vitoria in mid-November, seems to already have the pulse of the team, with a great escalation in the Endesa League and a last victory in the Euroleague. In Munich, Baldwin took a step forward, a key piece that was missing to add to the cause, and Baskonia is confident of reaching 2022 strong and aspiring to everything.

Zaragoza for its part is in a group of five teams with five victories, with the option of betting on the Cup if they wake up on time or are forced to suffer with the relegation zone. Urbas Fuenlabrada is also in that situation, who visits a Breogán River this Monday that is lurking in eighth place, with the same seven wins as Gran Canaria.